Home > Scoop > Book review: Jesus According to the New Testament 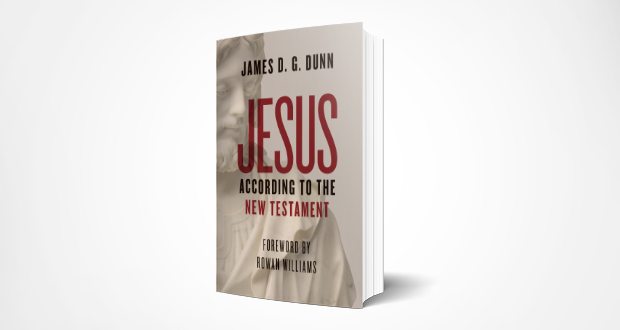 Book review: Jesus According to the New Testament

While most reading this review might be reasonably confident in stating they understand Jesus based on the New Testament writings, James Dunn’s recent book Jesus according to the New Testament attempts to enrich that understanding with scholarly focus on the heart of the gospel, the Lord Jesus. Nick Mattiske reviews.

James Dunn’s recent small book sets out what the New Testament writers tell us about Jesus, something regular churchgoers might not expect to find especially surprising if they think they have a fair idea who Jesus is. Yet my clear picture of Jesus may not be the same as yours, a situation we also find in the various New Testament accounts.

In the book’s foreword Rowan Williams suggests that we see in the New Testament accounts, and the Gospels in particular, what he calls both divergence and convergence.

The convergence indicates that there were things about Jesus that were well remembered and that we can be pretty sure of, but Dunn also welcomes the divergence, believing that our picture of Jesus is given “breadth and depth” through the different emphases of the various New Testament writers—the urgency of Jesus’ ministry in Mark, the links to Israel’s history in Matthew, the work of the Spirit in Luke, the theology, philosophy and poetry of John.

From these Gospels, Dunn says, we can discern key things about Jesus’ approach—the prioritisation of love, the identification with the poor and the marginalised, his openness to all (the exception being perhaps the rich and powerful, although even they, like Nicodemus, would be welcomed if they approached Jesus humbly and honestly). There were obviously two sides to his ministry, as he was remembered both as teacher and healer, and it is clear that messianic pretensions weren’t just read back into the story, but were part of Jesus’ conception of himself, even if what that involved was, to say the least, not aligned with the disciples’ expectations. The picture we have of Jesus cannot be simply a figment of the Gospel writers’ imaginations, or Paul’s, or the early church’s, as is sometimes alleged.

In Acts we see a Christology in its infancy stages, as we move from the focus on Jesus’ Kingdom to Jesus himself being the message. While Paul writes about what the Christian life entails, he focuses on the death and resurrection of Jesus, and we see a subtle shift from resurrection being the big deal and death being simply a consequence of upsetting authorities to Jesus’ death being understood as a version of Jewish sacrifice. Alongside this, we see Paul figuring out what exactly the timeline of Jesus’ inaugurated kingdom looked like. Dunn sees this kind of development not as problematic, not necessarily as a move away from a “real” Jesus, but as adding richness, although with some qualifications.

There will always be mystery, and we will never have unhindered access to the past. And our image of Jesus is coloured by further church developments. Being a key figure of the so-called New Perspective on Paul movement, Dunn is, unsurprisingly, keen to emphasise that Paul’s celebrated problems with the law were less a rejection of good works, and more a rejection of the idea that one had to remain Jewish or become Jewish (in the case of gentile converts) to be Christian.

The non-Pauline Epistles add further breadth and depth, as well as further challenges. Dunn finds it “astonishing” that not long after the letter to the Hebrews, which suggests that the idea of earthly priests has been made redundant with the elevation of Jesus to an eternal high priesthood, the early church was acting to reinstate a priesthood and a form of sacrifice in the Eucharist, while, ironically, Judaism, after the destruction of the Temple, reverted to rabbis and a focus on the scriptures.

Revelation, with its dizzying language that Dunn understatedly calls “curious”, juggles images of Jesus as avenging angel and lamb of the sacrifice, a kind of microcosm of the New Testament flexibility in using metaphor to portray Jesus. Of course, there is further variety in the portrayals of Jesus in the churches worldwide, and even, as Dunn says, in individual believers, which Dunn thinks amounts to a symphony, rather than a cacophony.