Home > Scoop > What the church needs to learn from Pokémon GO 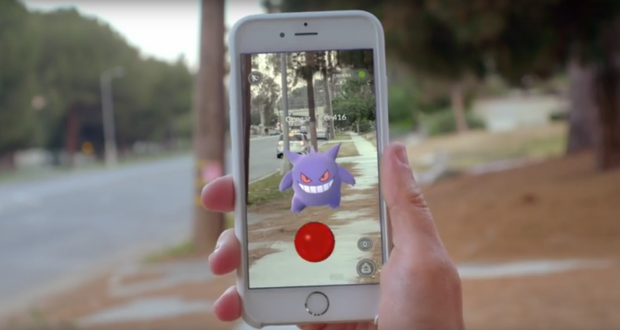 The augmented reality app sweeping the world is sending a lot of people to church. Mardi Lumsden offers some lessons the church needs to learn from the phenomenon.

Your buildings are landmarks, but you need to get out more

PokéStops, gyms etc. are decided by a database of user-supplied data created for a previous game by the same company. It uses players’ location data to direct them to local landmarks.

So, that’s the good news: churches are still considered local landmarks. Indeed, Toowong Uniting Church (and its sign) even made it in to Nick Earls’ 2016 novella Venice.

So, people know where you are, but do they have any reason to visit the building other than to catch mythical creatures? And if they are on the doorstep, what’s happening inside? Is it all locked up and in darkness?

It is time to get out of the safety of four walls. Join the game. We know of at least one minister who was missing in action hunting Pokémon. And if Pokémon GO is not your thing, at least give players who come right to you something to drink or somewhere to sit.

They might not have been to a church for a really long time (if ever). How will they remember you? How are you different (in a good way) to any other PokéStop?

People want connection, but not the way you want them to

Pokémon GO tipped Tinder off the top spot in app world. What do these to apps have in common? The search for human connection in a digital world.

Yes, people are online a lot and have access to incredible amounts of information, but the popularity of these apps tell us that people want real human connection. OK, maybe not in the way some people would agree with, but that is kind of the point.

People are searching and they will find human connection and community where and how they want to. Churches are great at creating community. The establishment of things like the secular church Sunday Assembly, which has a similar structure to church but without the God stuff, is an example of people wanting the kind of community a church can create. So, what are these things offering that your church isn’t (besides the obvious)?

Innovation is important, but that doesn’t mean tradition isn’t

Augmented reality and virtual reality is the future of our world. Imagine the benefits in the fields of science, philosophy and education. Crazy good! Virtual reality will change the face of communities, the church included.

But let’s press pause for a second.

Pokémon GO has revolutionised the oldest form of transport: walking.

Dogs around the world are begging their owners for a rest day! People are reporting the mental health benefits of walking to catch ‘em all.

Just because something has been around for a long time doesn’t mean it is irrelevant or boring. OK, maybe it is if you are still doing it the same way, but the creators of Pokémon GO have taken something simple, slow and free (walking) and reinvented it.

To players, walking is rewarding, exciting, sometimes dangerous and brings them face-to-face with people who like doing the same things as them. How can the church reinvent its traditions to get the same outcome?