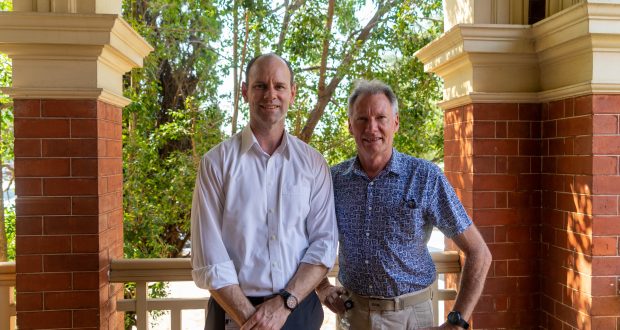 After three years, the much-respected Principal of Raymont Residential College in Brisbane, Richard Niessl is stepping down from his position.

Prior to his appointment Richard was the deputy master at nearby Kings College at St Lucia. He was attracted to Raymont by the opportunity to positively influence young adults.

“During the transition to adulthood, young adults are open to new ideas, to growth and they are enthusiastic,” says Richard.

“It has been fantastic to see people grow enormously each year that I’ve been involved.”

He believes that the positive community at Raymont Residential College sets it apart from other student residences.

“We have people from every walk of life, from across Australia and overseas with different world views,” says Richard.

“Through the activities that we run and the culture that we have built, there is a willingness to engage with tolerance and embrace new perspectives. It is a great, unique community.”

The changes at Raymont during the past three years go beyond the capital works program and improvements to the facilities, he adds.

“Raymont has always been about community since the 1940s when students first started living here, but it has grown stronger every year.

“All of these connections have been part of our own master plan, which is to strengthen our own community.”

Raymont’s links to the Uniting Church have also strengthened, with strong relationships with neighbouring congregations including Toowong Uniting Church and Newlife Brisbane.

When asked about his hopes for Raymont in the future, Richard says he would like the college to remain a place where students grow academically, physically and personally through their time at the College.

“For that to happen, I think people need to feel safe. Not just physically safe but feel able to be themselves rather than feeling the need to conform and see the world through one lens.

“Raymont should be an environment where people are encouraged, supported and cared for.”

Assistant Principal John Low will be Acting Principal of Raymont Residential College while a recruitment process is undertaken.