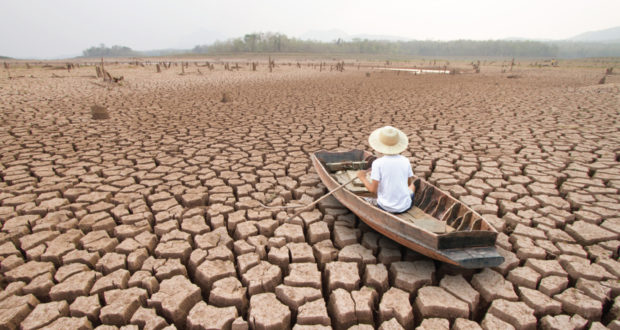 In recent news schoolchildren around the world have been striking to draw attention to climate change issues as scientists continue to send warnings about the catastrophic emergency facing the planet. Marguerite Marshall explores the current state of climate science and answers common questions regarding Australia’s part to play, the costs involved with greening our economy and what everyday Christians can do to help.

More than a million young people from more than 100 countries have walked out of school to demand action for a safe climate future.

We have only until 2030, to cap a climate temperature rise to 1.5°C (from the pre-industrial era) warns the UN Intergovernmental Panel on Climate Change (IPCC). Beyond this even half a degree would significantly worsen the risks of drought, floods, extreme heat and poverty for hundreds of millions of people.

Their report says urgent changes are needed to reach the target, which is affordable and feasible. They say this could be done without relying on geo-engineering, which could have negative consequences.

The global climate is now around 1 degree hotter and the weather is already impacted by climate change.

Encouragingly millions of people around the world are working to meet this challenge. The Global Covenant of Mayors for a Climate and Energy represent more than 770 million residents.

But the former head of the Paris Climate Conference Christiana Figueres (who co-founded Mission 2020)says for a safe climate, emissions must peak next year and we must achieve a fossil-fuel free world economy by 2050. Encouragingly the world temperature plateaued in 2014, 2015 and 2016. However it again rose in 2017 and 2018.

What can be done? It’s clear what Christians should do. Jesus told us to love others and care for the poor. Working for a safe climate is love in action.

In Australia the May elections is a good chance for us to influence action.

Is Australia too small to make a difference?

No we are the world’s largest coal exporter.

Scientists say that 90 per cent of fossil fuels should stay in the ground for a safe climate according to the Climate Council. We must not build any more coal mines.

How can the sun and wind provide all our energy when it’s not sunny or windy?

Scientists (including the award winning think tank Beyond Zero Emissions) have demonstrated how renewable energy can be sent to where needed via strengthened grids. Batteries, pumped hydro and solar thermal towers such as being built in Port Augusta, can store solar energy to enable energy supply when needed.

Won’t major polluters like China and the USA prevent achieving a safe climate?

Scientists such as associate Professor Phillip Stalley, of DePaul University, Chicago are hopeful that despite recent fluctuations, China will meet its Paris target to cap carbon emissions by 2030.

China, lowered its carbon emissions by more than 55 per cent between 1990 and 2015, but its drive for economic growth increased them in 2017 and 2018. Hopefully as China moves its economy from manufacturing to more consumption and services, it will require less energy.

Although US President Donald Trump plans to pull out of the world Paris agreement in 2020, all 50 states are working on reducing carbon emissions.

Although individually Australia and other countries emit less than these two biggest polluters, together we have an impact. So we all need to reduce our carbon emissions and also in this way we can have more influence on the big emitters.

Experts such as Beyond Zero Emissions say that renewable energy would provide more jobs than in the fossil fuel industry.

To change we need an orderly transition, which the government should facilitate.

Can we afford to change to renewable energy?

New renewable energy is now the same cost or cheaper than existing black coal power stations, according to the Bloomberg New Energy Finance.

However whatever the cost of transition it would be cheaper than the costs incurred from chaotic climate change, such as health risks from excessive heat and pollution as well as damaged infrastructure.

Is it too late to act?

We have little time but there has been successful speedy action in disaster before. In WW2 the US changed to a war economy quickly to a larger one than the enemy.

Can Christians make a difference?

The 2016 census found that Christians make up 52.1% of Australians, so we can have an impact.

How can we influence our politicians for the May election?

As well we could: install solar panels, or pay for green energy via our electricity retailer, when possible use public transport rather than cars, cut meat and dairy eating and divest shares from fossil fuels companies.