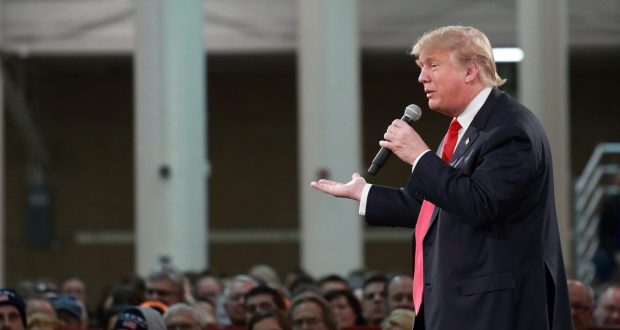 It’s the Christmas season so the Journey team thought they would unwrap a mega edition of Friday’s religion wrap for our readers. Merry Christmas and happy new year!

Jesus or Trump, who got the fairer trial?

ABC News reports on the latest from American politics with one Republican politician comparing President Donald Trump’s impeachment proceedings to the trials of Jesus during a long debate session ahead of the impeachment vote.

Georgia Representative Barry Loudermilk stated during his defence of Trump, “When Jesus was falsely accused of treason, Pontius Pilate gave Jesus the opportunity to face his accusers,” adding, “During that sham trial, Pontius Pilate afforded more rights to Jesus than Democrats have afforded this President in this process.”

Loudermilk’s comments did not go unnoticed with “Pontius Pilate” becoming a massive trending topic on Twitter. Another Republican politician Representative Fred Keller echoed similar religiously-themed sentiments when he stated, “Father, forgive them, for they know not what they do.”

People covers the growing outrage over a Netflix show, The First Temptation of Christ, which depicts Jesus as gay, Mary as a marijuana user and another biblical character hiring a sex worker. Created by a Brazilian YouTube comedy group, The First Temptation of Christ features Jesus attending a 30th birthday party with a man who the show implies is Jesus’ sexual partner.

As a result a change.org petition was created to demand Netflix remove the special which has now topped over 2.2 million signatures. The petition demands that the creators be “held responsible for the crime of villainous faith” and a “public retraction, as they have seriously offended Christians”. As of writing Netflix has still made the show available on their streaming platform.

Fox News spotlights a London primary school and their decision to change the lyrics to “Away in a Manger” to ensure it is inclusive and, according to one watchdog group, “politically correct”. A headteacher in East London’s Whitehall Primary School told students to replace the word “Lord” in “Away in a Manger” with “little baby” so that “all pupils” could participate in an annual Nativity Tuesday.

One shocked parent stated, “I picked up my children at the end of the day and they were so upset, saying to me, ‘Mummy, today in assembly the headteacher told everybody that she would be changing the words to the Christmas song.’” Another mother labelled the move “unacceptable” saying, “If he was just a baby boy named Jesus, there wouldn’t be a celebration in the first place. He is our Lord and Saviour and King of all Kings—that’s the whole point.”

The school remains defiant and won’t reverse its decision stating it was being “accessible to all our children to participate in, together, as one”.

BBC News reports on a 15-year prison sentence handed down to an Iowan man, Adolfo Martinez, who was convicted for hate crime harassment, reckless use of fire and being a habitual offender, after he stole an LGBTQ pride flag from a church and burned it. Martinez took the flag from the Ames United Church of Christ due to his animosity to the LGBT community and was quoted as saying during a jailhouse interview, “It was an honour to do that. It’s a blessing from the Lord. I burned down their pride, plain and simple.”

Martinez was the first person in the county’s history to be convicted of a hate crime. County attorney Jessica Reynolds stated, “The hard reality is there are people who target individuals and commit crimes against individuals because of their race, gender, sexual orientation and when that happens it’s so important that as a society we stand up and people have severe consequences for those actions.”

Academy Award-winner Jamie Foxx speaks with The Christian Post about his Christian faith, his latest film Just Mercy and his vision for a united church. For the Texas-raised Foxx, attending church and assisting his congregation in worship was a way of life: “I grew up in church. I mean, church, every single day. Church, church, church, church.” Foxx also reveals this his devout Christian grandmother insisted he memorise the Bible and taught him compassion and kindness.

Foxx’s latest film Just Mercy explores issues of racism and prejudice and the actor claims it is “the most important film I’ve ever been attached to”, going on to add, “Nothing against any other film, but this is a very important film. I think that nowadays, with social networks, it’s different, or at least we can see these kinds of problems with more visibility than like, I don’t know, 20 years ago, when it was impossible to find out these kinds of cases.”

Religious freedom put to the test over school firings

USA Today reports that the Supreme Court will consider a case which puts the separation of church and state to the test over religious schools and job discrimination. Two Californian teachers from Catholic schools were fired and the schools “relied on a Supreme Court precedent giving religious organisations ‘ministerial exceptions’ from laws that apply to other employers”. A U.S. Court of Appeals ruled in the teachers’ favour but the schools petitioned for that ruling to be reviewed by the Supreme Court.

A representative for the Catholic schools, Montserrat Alvarado, stated, “Parents trust Catholic schools to assist them in one of their most important duties: forming the faith of their children. If courts can second-guess a Catholic school’s judgement about who should teach religious beliefs to fifth graders, then neither Catholics nor any other religious group can be confident in their ability to convey the faith to the next generation.”

The New York Post reports that an advertisement for Norway’s postal service has many seething over its depiction of a mailman and the inference that he is actually Jesus’ biological father. The advertisement for Posten features a mailman on a donkey visiting Mary and Joseph’s home before inferring that the mailman sleeps with Mary and is the actual father of Jesus; a narrator says, “Well, maybe that’s not quite how it happened in those days but whatever the story, Posten has always been an important part of Christmas.”

Unsurprisingly the advertisement has not gone down well with people online with some starting a petition to ban it while others declaring it “blasphemous”. The petition demands an apology and declares, “In this vile depiction of the virgin birth, Posten Norge has attacked all Christians and slurred the Blessed Virgin Mary.”

Department of Education support of prayer is loud and clear

The Blaze has news of Florida’s Department of Education and their support of Christian high schools who were banned from praying over loudspeakers during football matches. In 2015, the Florida High School Athletic Association ordered Cambridge Christian and University Christian not to say prayers over the stadium loudspeaker at Orlando’s Camping World Stadium during a state championship game. The reasoning was that the venue was a “public facility, predominantly paid for with public tax dollars” and was “‘off limits’ under federal guidelines and precedent court cases”.

A legal battle ensued which is now set to be heard again in the lower court after the 11th U.S. Circuit Court of Appeals overturned a prior ruling that dismissed the case. Now the Department of Education has become involved with Commissioner of Education Richard Corcoran writing to the athletic association to convey his thoughts that their decision was “deeply troubling”. Corcoran also wrote, “Policies that are overbroad or restrictive may deny students their constitutional right to private religious expression. Such policies must be immediately repealed and replace with policies that are consistent with the religious freedoms guaranteed under the Constitution.”