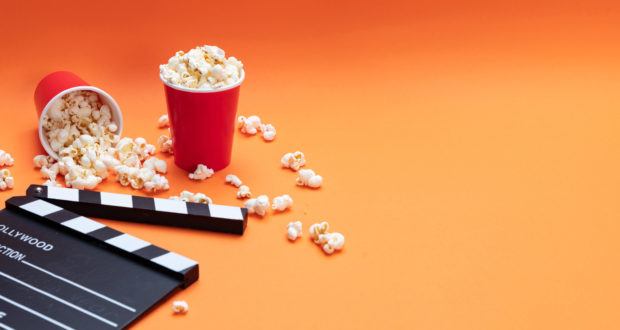 Buzzfeed News puts the spotlight on Christian cinema and its growing mainstream appeal, and ponders how the Christian movie industry will fare when it has traditionally been “fuelled by a sense of neglect”? In 2018 I Can Only Imagine, a biopic about Christian musician Bart Millard, scored $83.5 million at the US box office (in context, that’s $1.6 million less than Academy Award winner Green Book’s US box office haul) but it’s not the first time a Christian movie has done well with US audiences: in 2014 God’s Not Dead broke out as a hit and 6 years before that Fireproof also did well with audiences.

But the article also states that it is a tougher case to make that Hollywood is hostile to Christianity and cites celebrities attending Sunday services and stars like Chris Pratt promoting his faith as evidence that the divide between Hollywood and faith isn’t as wide as once thought.

BBC News reports that Jean Vanier, the renowned Catholic founder of L’Arche, has died at age 90. Vanier served during WWII but in 1950 had a career change after he declared he wanted to follow Jesus, and soon studied theology and philosophy. He went on to complete doctoral studies on happiness in the ethics of Aristotle and taught at Toronto’s St Michael’s College.

Vanier is perhaps best known for his work with L’Arche (the Ark), an international federation dedicated to supporting people with intellectual disabilities which operates in 35 countries on five continents. Archbishop of Canterbury Justin Welby awarded Vanier the Templeton Prize in 2015 and said Vanier’s life, “sought to turn society’s assumptions about the strong and the weak upside down. Those the world considers weak, through their disabilities, are those who bring hope and strength lived out in community.”

Not full backing but support still there for Folau

Paul stated Folau’s “mistakes” should be contextualised alongside other player indiscretions.

“I’d love to see him play in the World Cup,” Paul said. “Sport is an avenue for people to go onto the field and make those mistakes better and become a hero again. We’ve seen illicit drugs, assaults, alcohol, performance-enhancing drugs, players in precarious positions bringing really poor aspects to the game … once you’ve accepted your crime, done your time, you move on and you play.”

Former Wallaby Mark Gerrard was less forgiving telling the ABC, “You can’t just go off saying what you want to say when you want to say it. It’s something he has to learn and learn again.”

The Guardian reports on a Polish woman who has been arrested on suspicion of offending religious sentiment after posters were discovered which contained an image of the Virgin Mary with a rainbow-coloured halo. The Polish interior minister Joachim Brudzinski stated the arrest had been made for “carrying out a profanation of the Virgin Mary of Czestochowa” and if convicted the woman could face a prison sentence up to two years.

Brudzinski labelled the posters “cultural barbarism” and said, “Telling stories about freedom and ‘tolerance’ doesn’t give anyone the right to offend the feelings of believers.”

The image of the “Black Madonna of Czestochowa” is a well known icon of the Jasna Gora monastery which the UN lists as a world heritage site.