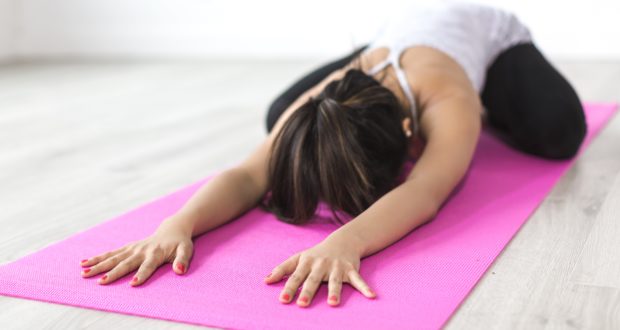 The Journey team explores the stories that got us talking this week.

Yoga’s link to homosexuality a bit of a stretch

Newsweek reports on Russian prison authorities’ decision to reinstate yoga classes after an initial ban due to theological concerns the practice could lead to homosexuality. Theological professor Alexander Dvorkin raised the issue when he wrote that yoga “could cause uncontrolled sexual arousal and homosexuality” in detention centres. A senator known for conservative views used Dvorkin’s writings on the subject to push for a suspension of yoga classes while the Prosecutor General’s Office checked on their legality.

But the classes have now been reinstated with Deputy Head of the Federal Prison Service Valery Maximenko stating that they had a “very positive” effect on inmates: “We conducted a study, and among those people who practised yoga, there was a sharp reduction in visits to doctors for help”.

Russia still has nation-wide laws banning the discussion or dissemination of LGBT issues to children and young people.

ABC News has news of Rugby Australia’s intention to terminate Israel Folau’s contract following the star’s latest social media posts which declared homosexuals, drunks, adulterers, liars, fornicators, thieves, atheists and idolaters will be heading to hell unless they repent. Folau also commented on Tasmania’s decision to allow birth certificates with no gender information by stating, “the devil has blindsided so many people in this world, REPENT and turn away from you evil ways”.

Both Rugby Australia and New South Wales Rugby Union attempted to contact Folau and his representatives but said Folau failed to directly communicate to both organisations. Rugby Australia released a statement saying, “Whilst Israel is entitled to his religious beliefs, the way in which he has expressed these beliefs is inconsistent with the values of the sport. We want to make it clear that he does not speak for the game with his recent social media posts.”

SBS comments on the discourse in Christian (and non-Christian) circles about their latest reality television program Christians Like Us and how many Australians are reacting to the housemates’ discussion on faith, sex and society. The basic premise of the show sees 10 Australian Christians from a variety of denominations and political persuasions enter a house for one week and confront the issues of the faith. Introduced by a narrator who declares, “Christianity in Australia is in crisis. Rocked by sex scandals, dogged by internal battles, struggling against the tide of public opinion, and battling to get bums on seats. Yet faith stills hold sway in the corridors of power,” the show has many Christians taking to Twitter to voice their feelings on the subject matter.

One Twitter user wrote, “Fascinating programme on @SBS where a group of #Christians have been put living together in a house in Sydney for a week. It’s amazing how many differing beliefs there are within the faith. Even the 2 #Anglicans don’t believe the same things.” Another wrote: “Heart breaking watching #christianslikeus.”

The episodes are available on SBS On Demand.

Preaching on the train is commuter pain

Daily Mail Australia reports on the anti-abortion Christian preacher who has been preaching (to some, simply ranting) on trains about the issue of abortion. Widely seen footage earlier in the week saw the preacher Philip Blair get confronted on a Sydney train after preaching on abortion and telling a man in a wheelchair he was “too bitter to be healed by God”.

The fallout was significant with Blair claiming he has received many aggressive emails and been the target of death threats over the incident. Taking to YouTube to share his thoughts on the fallout Blair said, “Quite frankly I’m tired of getting death threats and thousands of angry emails from a lot of people who are taking information for what it is instead of doing the research and find out what the facts are.”