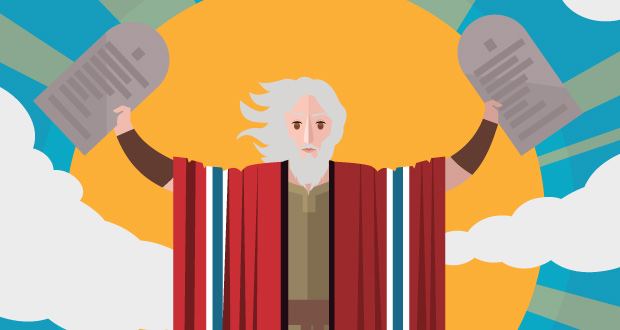 God’s rules back in schools?

CBN News reports that Texas State Representative Dan Flynn is pushing for teachers in public schools to be able to display the Ten Commandments in classrooms with new legislation that would prohibit the board of trustees of an independent school from banning the posting of a copy of the Ten Commandments in a prominent location in a district classroom.

“I think it’s a good idea,” said Flynn. “If a teacher wants to put it in her classroom, she should be able to do it just as if she wanted to put up Halloween, Thanksgiving or any other decorations.”

Flynn’s legislation is not without opponents who argue that it would be unconstitutional: “The government is limited in its ability to display religious messages,” said Bob Tuttle who is professor of law and religion at the George Washington University Law School. “You couldn’t have a banner hanging across the entrance to City Hall that says, ‘Jesus save’. That would be the government invoking religion.”

The Christian Post focuses on comments by televangelist Benny Hinn’s nephew on the prosperity gospel and how it is a “damning heresy that paves the road to Hell”. While Hinn, who is the executive pastor of Mission Bible Church in California, was careful to clarify that while he hates the prosperity gospel he doesn’t hate those who preach or propagate it, he stated that the prosperity insults Christ because “it encourages people to smear his heavenly name to build their earthly empire”.

“They ascribe promises to men that Jesus never made,” said Hinn. “Jesus did not come to inaugurate a get-rich-quick scheme for humanity, He came to fulfil a redemptive plan. What an insult to make Jesus into a lottery ticket! Jesus didn’t die on the cross to provide a steady stream of Bentley’s, big diamonds, and botox. He died on the cross to provide our atonement.”

Hinn is writing a book which explores the topic of the prosperity theology called God, Greed, and the (Prosperity) Gospel.

The Express reports that the Iranian regime has implemented a crackdown on Christians in the latest round of persecution against followers of the cross in the region. Over 100 Christians who converted from Islam were incarcerated due to alleged “proselytising” and were “forced to report the history of their Christian activities and were ordered to cut ties with any Christian groups”.

The Iranian government has repeatedly persecuted Christians in the Islamic Republic and has even outlawed sharing the gospel with a Muslim, owning a Bible in Farsi or leading a secret church meeting for Muslims. It is estimated that around 350 000 people in Iran are Christian but that number is increasing.

NBC News reports on Chance the Rapper’s “religious sabbatical to learn the Word of God”. Known as a “Christian rapper” Chance announced his plans for the timeout from music to really learn the Bible which he admitted he was “very unfamiliar with”.

“We all quote scripture and tell each other what God likes and doesn’t like but how much time do we spend as followers of Jesus to really just read and KNOW his Word,” said Chance. “I’m definitely guilty of not devoting time to it.”

To find out more about Chance’s journey of religious enlightenment visit his Instragram page.