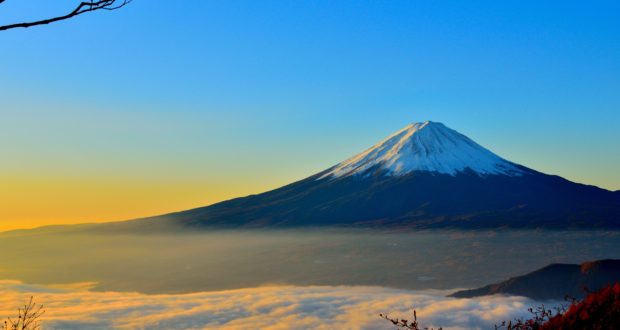 Bringing light to the land of the rising sun

CBN News reports on the increasing suicide rate in Japan and how the nation’s Christians are responding to the crisis. According to government stats, the suicide rate among young people is the highest in 30 years and there is a growing number of school children committing suicide.

Less than one per cent of the Japanese population is Christian and throughout its history there has not been a dominant religion. Pastor Miyahara Tatsuhiro wants to spread Christianity further and sees the faith as a key to halting the suicide rate by providing hope and a reason to live.

“Jesus commanded me to share the gospel and that’s what I do,” said Miyahara. “Some stop and have a conversation with me. That’s when I tell them about Jesus’ love and sacrifice for them. And I also get the opportunity to lead them to prayer.”

Faith tension grows over ring in the nose

The West Australian reports on a “holy” row developing between a Catholic school and some Australian Hindus after a student was barred from class due to her nose stud which was worn for cultural reasons. While Aranmore Catholic College has strict rules on facial piercings the barred student’s mother claims exceptions were made for Muslim students wearing headscarves and nose pin were of equal spiritual significance.

“Hindu Council would like to explain that nose piercing is not a fashion or rebellion statement of a teenager but is a deep-rooted cultural and religious ritual for girls going through puberty.”

The Sydney Morning Herald covers Franklin Graham’s tour of Australia and gives some backstory on his father’s 1959 tour. According to records nearly a third of Australia’s 1959 population (around 10 million) flocked to see Billy Graham during his revival tour and 60 years later his son Franklin is following in his father’s footsteps and touring Perth, Darwin, Melbourne, Brisbane, Adelaide and Sydney. Franklin Graham will be preaching the same message as his father but it is doubtful his tour will have the same impact on the population that Billy’s did.

“People are searching, and turn to drugs or sex or various religions or whatever trying to find answers to life, and I’m coming to preach the same gospel message my father preached, and giving an invitation to put their faith and trust in Jesus Christ,” says Franklin Graham.

“I’m looking forward to it, hoping that many people will put their faith in Christ. We’re not taking up offerings, we’re not asking for money, we’re here to give in Jesus’ name.”

Pratt clearly not on the same “Page” about church

The A.V. Club reports on the war of words between Hollywood stars Christ Pratt and Ellen Page over Page’s criticism of Hillsong Church which Pratt attends. Pratt is not shy in promoting his Christian faith but Page took exception to Hillsong claiming the church is “infamously anti LGBT”. She went further by later tweeting, “If you are a famous actor and you belong to an organisation that hates a certain group of people, don’t be surprised if someone simply wonders why it’s not addressed. Being anti LGBTQ is wrong, there aren’t two sides. The damage it causes it [sic] severe. Full stop. Sending love to all.”

Pratt took to Instagram to defend the church pointing out their welcoming atmosphere and how they helped him during his divorce from Anna Faris.

“It has recently been suggested that I belong to a church which ‘hates a certain group of people’ and is ‘infamously anti-LGBTQ”. Nothing could be further from the truth,” wrote Pratt. “I go to a church that opens their doors to absolutely everyone. Despite what the Bible says about divorce, my church community was there for me every stop [sic] of the way, never judging, just gracefully accompanying me on my walk. They helped me tremendously offering love and support. It is what I have seen them do for others on countless occasions regardless of sexual orientation, race or gender.”