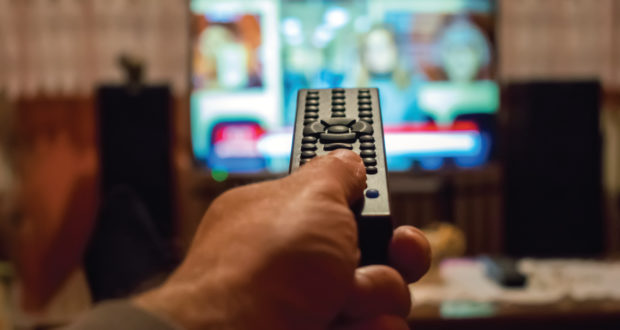 Christianity gets starring role on SBS

TV Blackbox reports on an upcoming television series on SBS which puts (pits?) 10 Christians in a house for a week and lets them debate the big issues relating to the faith. Christians Like Us follows on from SBS’s previous foray into religious-themed programming, Muslims Like Us, and will explore themes such as sexual abuse in the church, LGBT issues, abortion and female priests.

Marshall Heald, SBS Director of TV and Online Content, says, “Christians Like Us explores what it means to be Christian in Australia in 2019. The 10 participants showcase a diverse range of views, and are each deeply passionate and opinionated about their faith. Through debate and discussion, the series invites Australians to engage with the complex elements of Christianity and the issues currently facing the faith.”

It is unclear whether any participants are Uniting Church-affiliated but we do know there will be Catholics, Anglicans, a Coptic Catholic and a Mormon. The show will air on SBS on Wednesday 3 and 10 April.

Reuters covers the spiritual fallout in the wake of George Pell’s conviction for child sexual abuse and considers the larger disillusionment with the Catholic Church in society. While Catholicism is still the nation’s largest religious affiliation (Census data indicates 22.6 per cent of the population subscribe) this is “down from above 27 per cent a quarter of a century ago”.

Examining Ballarat where George Pell grew up, Reuters finds several residents who have abandoned the faith the light of Pell’s scandals and has recently seen a jump in residents who identify with no religious affiliation.

“That’ll do me—I’m out,” stated one resident of the town in relation to Catholicism.

The Christian Post reports on the resurrection of a controversial comic book about Jesus which was previously dropped for publishing by DC Comics. After a massive outcry from Christians who thought the comic book Second Coming would be blasphemous and outrageous DC Comics, the iconic brand behind Batman and Superman, cancelled its publication.

Now a smaller independent publisher Ahoy Comics has swooped on the title and will release it this winter. The publisher released a statement saying, “On July 10, 2019, AHOY Comics will publish the debut issue of the six-part Second Coming comic book series, featuring covers by the award-winning artist Amanda Conner.”

Second Coming author Mark Russell has previously stated that he wanted the series to “reflect Jesus learning how to do a better job than He did the first time around with the help of a superhero.”

Duterte goes on the OFFENSIVE after clergy criticism

Daily Mail Australia has news of the latest outrage involving Philippines President Rodrigo Duterte and his comments about priests in church. Speaking at a presentation of land ownership certificates Duterte advised women not to approach priests in church: “The women should refrain from going near the priests because when you are near him, he will just smell the scent of your body … And if he corners you in the church, you’re in trouble, he will court you.”

Doubling down on the outrageous comments Duterte went on to say, “The priests shouldn’t overstep their boundaries. You know that they started it first. Tell them that there is a separation of church and state. The sons of bitches attack me in the pulpit using the religion.”

Duterte is widely known for his controversial statements on topics such as the faith, women and sexual assault as well as his brutal and bloody crackdown on drug dealers and users.