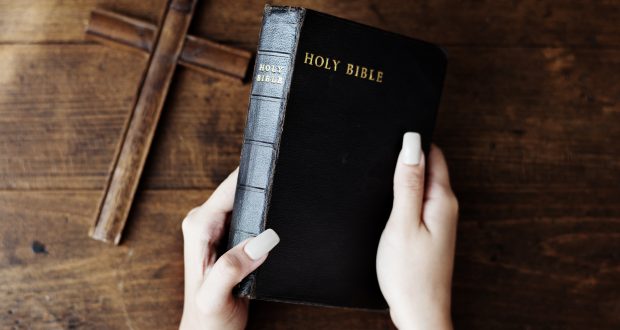 Christianity Today covers reports that Bibles manufactured in China and imported into the United States of America will be exempt from tariffs which form part of ongoing trade tensions between the two global powerhouses. Next month sees a 10 per cent tariff placed on many Chinese made goods coming into America yet some items will be exempt based on “health, safety, national security and other factors”; it seems that the Good Book must fall into one of those categories as the US Trade Representative (USTR) has ruled out Bibles getting slapped with the increase.

“Bibles and other religious literature are among the items removed from the tariff list and will not face additional tariffs of 10 per cent,” confirmed a USTR spokesperson. Many US Christian publishers use Chinese printers with the Nanjing-based Amity Press printing close to 200 million bibles since their 1988 partnership with United Bible Societies and the Southern Baptist Convention spending 31 per cent of its total printing costs in China.

Relevant has news of Hillsong United singer Marty Sampson and his recent declaration on Instagram that he’s “genuinely losing” his faith and that it doesn’t bother him.  A long-term songwriter for Hillsong Worship and Hillsong United, Sampson’s revelation comes in the wake of another noted Christian who recently went public with his departure from the faith, Joshua Harris, who also used social media to convey his thoughts.

“Science keeps piercing the truth of every religion,” wrote Sampson. “Lots of things help people change their lives, not just one version of God. Got so much more to say, but for me, I [sic] keeping it real. Unfollow if you want, I’ve never been about living my life for others.

“All I know is what’s true to me right now, and Christianity just seems to me like another religion at this point. I could go on, but I won’t. Love and forgive absolutely. Be kind absolutely. Be generous and do good to others absolutely. Some things are good no matter what you believe. Let the rain fall, the sun will come up tomorrow.”

People magazines focuses on a new Netflix series, The Family, and its genesis from a magazine article to book and finally a five-part docuseries. The titular group is a little-known, decentralised Christian sect which has had heavy influence in American politics including the sponsorship of the famous annual National Prayer Breakfast which is regularly attended by US presidents.

Writer Jeff Sharlet stumbled across the story almost by accident after he learned from a friend about a Christian sect that “supported men who are chosen by God for leadership” and described themselves as “followers of Jesus” rather than “Christians”. Sharlet would later join the group and write about them for his books.

“They will accuse me of betraying their trust and, in a fundamental way, I did: They want to be a secret, invisible organisation,” said Sharlet. “I wrote two books about them. But this story is no longer just about my experience.”

One former presidential advisor commented on the sect, “The Fellowship’s reach into governments around the world is almost impossible to overstate or even grasp.”

Is God really in Manny’s corner for death penalty fight?

The Christian Post reports on famous pugilist-turned-politician Manny Pacquiao and his recent comments in a Filipino senate speech to argue for capital punishment. While the Philippines ended the death penalty in 2006 the current president, Rodrigo Duterte, has announced he would bring it back for “retribution”.

“When the government punishes, it’s not an individual act. That’s approved by God. That’s what the Bible says,” Pacquiao reportedly said. “Having read the Bible on a regular basis, I am convinced that God is not just a God of mercy but he is also a God of justice.

“The most important thing is we have to trust our authority, which is the government … As a Christian, I subscribe to what the Bible says about submitting to governing authorities. I can cite Bible verses to support my stance, but let me make this very clear, Mr President, the focus of our debate on death penalty should be on the basis of its constitutionality.”

While Pacquiao is lauded for his feats in the ring and his humanitarian efforts outside it, he has received significant criticism in the past for his positions on LGBT issues, the death penalty and extra-judicial killings.