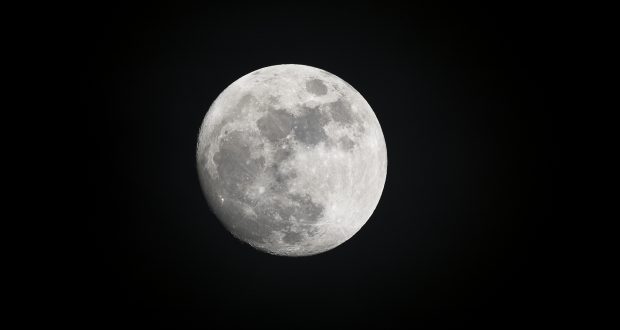 Spiritual case for faith in space

In light of the upcoming 50th anniversary of the United States’ moon landing, ABC News examines the role faith has played in the lives of those venturing into space. Most famously Buzz Aldrin, before making his moon walk, took communion and later read from John’s gospel. He would later state, “I could think of no better way to acknowledge the Apollo 11 experience than by giving thanks to God.”

Writer Simon Smart—who is also the Centre for Public Christianity’s Executive Director—recalls how he attended a talk by astronaut Jim Irwin who drove the Moon buggy for the first time and how Irwin claimed many astronauts in the early days of space exploration would embrace spirituality or religion and some endured existential crises and the meaning of life. He also details the life of Charlie Duke who was the 10th man to walk on the moon who eventually found peace through faith in God.

Final judgement: Render unto Caesar what is Caesar’s

The Guardian covers news of a Christian family that has been ordered to pay over $2 million over unpaid rates and taxes by the Tasmanian supreme court. Their objection to the original tax and rates bills? Well, everything they owned belonged to God and “Australian tax law fell under the jurisdiction of the Bible”. Perhaps unsurprisingly the court was less convinced of their argument, telling them the Bible contained no passages that said “thou shalt not pay tax” and that “the Bible effectively said that civil matters and the law of God operate in two different spheres”.

Fanny and Rembertus Beerepoot have not paid income tax since 2011 and have previously written to the Queen and the prime minister over their stand that Australian tax law was invalid and that Australia was suffering from drought and infertility due to the nation turning away from God. “We rely on the blessings we receive from God, which we give to him and not to an outside entity such as the tax office,” said Fanny Beerepoot.

Daily Mail Australia focuses on former Rugby League star Jarryd Hayne and his new life as a Christian missionary-in-training. Hayne is currently studying in Western Australia at the Youth With a Mission Centre where he is one of 10 students undertaking a Discipleship Training School class which takes around six months.

Reports suggest Hayne’s new life will revolve around prayer, lectures, evangelism, chores and regular worship and after three months will get to undertake missionary field work. This may be complicated by his current legal woes where he faces accusations of sexual assault and an impending trial in September next year.

A spokesperson from Youth With a Mission Centre stated, “This course develops participants in their personal understanding of God and relationship with Him as well as core concepts of missions and processes of evangelism. We are aware of the charges against Jarryd. YWAM Perth supports all our students in their desire to grow in Christian character. This would include Jarryd.”

Jesus in a starring role on The Bachelorette

The Daily Beast covers why the latest faith-tinged water-cooler moment in US reality television show The Bachelorette is a major turning point for the long-running series. On a recently aired episode, the lead star informed a prospective suitor, “I have had sex, and, honestly, Jesus still loves me.” Previously the show has not depicted the faith like this (although prior contestants have been Christians) and star Hannah Brown’s Christianity does seem to be featured in a very overt way; in the first episode she is even seen praying to God to bring her goodness and love.

Reality television blogger Steve Carbone believes that Brown’s faith may have helped producers in developing their narrative: “When you’re 38 seasons and 17 years into a show, you kind of have to present new things that you just never have explored before to keep it fresh. And I think when she said that, probably a lightbulb went off and they said, ‘Wow, we can build a major storyline around this.’”