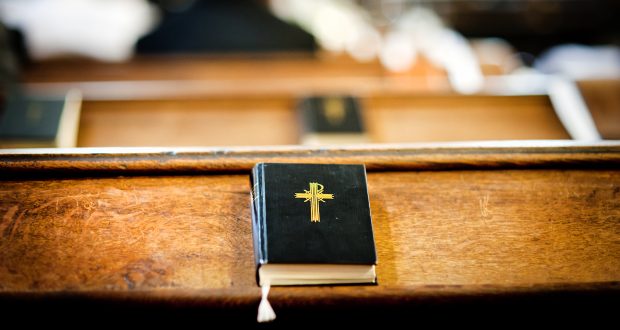 News.com.au reports that well-known Christian author Josh Harris, who wrote the global hit I Kissed Dating Goodbye, has announced his will be divorcing his wife of 22 years. Harris is a former mega-church pastor but it was his 1997 book I Kissed Dating Goodbye that made him a global name, selling almost a million copies and earning adoration by many young Christians. The book made the case that young Christians should not date, hold hands, kiss or spend time alone together before marriage and that being single was not a burden, but in 2018 Harris would turn his back on the book’s advice and even ask the publisher to stop selling it.

In addition to the announcement he would be divorcing his wife, Harris also announced he had “undergone a massive shift in regard to my faith in Jesus”.

“By all the measurements that I have for defining a Christian, I am not a Christian,” Harris wrote. “Many people tell me that there is a different way to practise faith and I want to remain open to this, but I’m not there now. I have lived in repentance for the past several years—repenting my self-righteousness, my fear-based approach to life, the teaching of my books, my views on women in the church, and my approach to parenting to name a few.

“But I specifically want to add to this list now: To the LGBTQ+ community, I want to say that I am sorry for the views that I taught in my books and as a pastor regarding sexuality.”

Nothing divine about Presidential rewrite of Bible

History focuses on the third US President Thomas Jefferson and his work on creating a New Testament trimmed of any mystical elements. Jefferson was known to be an inventor and tinkerer but his decision to edit the Bible reflected his own complex relationship with religion which he fiercely kept private. And many Americans are still unaware that this famous president took the sacred text and removed Jesus’ resurrection, his ascension to heaven and miracles like his walk on water, which would have been a revolutionary act in the 19th century.

Jefferson himself was once accused during his political office of atheism and rebellion against Christianity and one journalist claimed that Jefferson’s election would result in chaos: “Murder, robbery, rape, adultery, and incest will be openly taught and practised, the air will be rent with the cries of distress, the soil will be soaked with blood, the nation black with crimes.”

Historian Edwin S. Gaustad notes, “Even when this took some rather careful cutting with scissors or razor, Jefferson managed to maintain Jesus’ role as a great moral teacher, not as a shaman or faith healer. He composed it for himself. He cherished the diamonds.”

“My teacher says that Christianity is an evil cult,” said one Chinese boy. “That if you believe in it, you will leave home and not take care of me. You might set yourself on fire, too.” The boy would later try and violently destroy a religious leaflet in his mother’s bag and threatened his mother to give up her faith.

“Before starting school, I told my child about God’s creation, and he believed it,” said the mother. “But after being taught at school, my child is like a different person. In atheistic China, these pure and innocent children have been taught to hate God.”

ABC News reports on the outcome of a legal battle over the origins of the pop hit “Dark Horse” by Katy Perry, after a Christian rapper and his co-authors claimed they came up with the original song and had it copied by Perry and her producers. Marcus Gray and two co-authors claimed that their song “Joyful Noise” had been the subject of copyright infringement when Perry released “Dark Horse”; the argument was based around the notes and beat, and not the lyrics or recording. Many speculated the jury would rule in Perry’s favour but surprisingly the decision found the six songwriters and four corporations behind “Dark Horse” were liable.

During the court case Perry and “Dark Horse’s” other co-authors claimed they never heard “Joyful Noise” nor did they listen to Christian music, but Gray’s lawyers stated their client’s song had “wide dissemination” through YouTube and Spotify and that the album in which the song appear had also been nominated for a Grammy.

The case will now proceed to a penalty phase where the jury will decide damages.