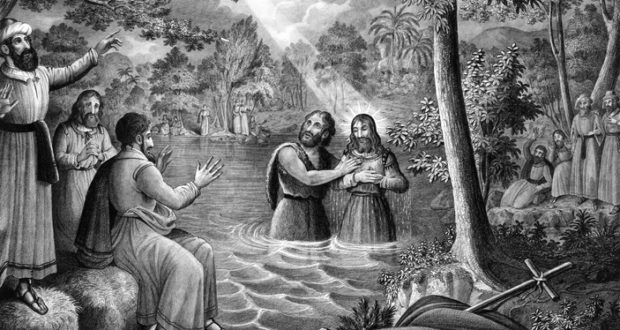 The Journey team selects stories that got us talking this week. This will be the final Religion wrap for 2018. Thanks to everyone for reading.

Christianity Today goes in-depth on the current state of Jesus’ baptism site on Jordan River’s shore and the dangerous conditions which have been the legacy of the Six-Day War when Israel placed mines there between 1967 and 1971. Work began on clearing the site of mines in March this year after churches, the Israeli government and the Palestinian Authority reached an agreement to minesweep the area; so far 1500 of an estimated 6500 targets have been removed which means one-fifth of the 250 acres of land has been deemed safe.

According to Israeli newspaper Haaretz 800 000 people have visited the area this year but that number could climb once the landmines are fully cleared.

“Everyone has a religion,” wrote New York Magazine columnist Andrew Sullivan. “It is, in fact, impossible not to have a religion if you are a human being. The need for meaning hasn’t gone away, but without Christianity, this yearning looks to politics for satisfaction. And religious impulses, once anchored in and tamed by Christianity, find expression in various political cults.”

The Express has news of the latest anti-Christian measure in China, this time in a city near Beijing boasting a four million person population called Langfang. A paper notice was distributed to citizens informing them of the dos and don’ts for the festive season.

Residents and shop owners are forbidden from displaying images of Santa Claus on the street and to sell Christmas decorations and trees. In addition, shops were banned from carrying out promotional events or sales during the season and any Christmas-themed banners and billboards were also part of the don’ts. Alarmingly the notice also told residents to report on anyone “spreading religion” in public.

A wave of anti-Christian measures has been rolled out in China recently with crosses being ripped off churches and posters of Jesus being replaced with pictures of President Xi Jinping.

CBS Baltimore reports of an alleged assault in Germantown, Maryland by a Salvation Army bell ringer who was allegedly ingested PCP. Witnesses noticed the bell ringer was acting in an agitated manner before hitting a customer in the face.

Officers were called to the scene after witnesses saw the bell ringer allegedly stop collecting donations and start to lick vials containing oil.