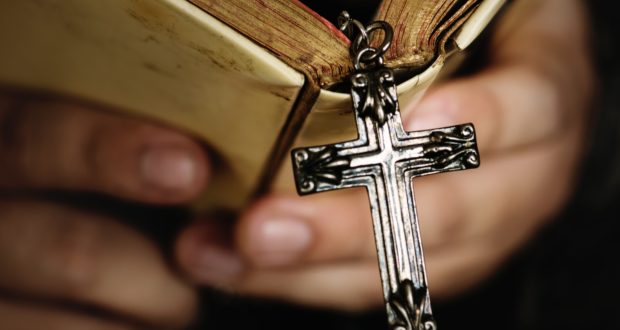 The ABC’s Religion & Ethics blog examines the history of the phrase “Judeo-Christian tradition” and what it means in the context of western politics. University of Queensland Emeritus Professor Philip C. Almond traces the relatively short history of the term since the early-to-mid 20th century and how it became a term “that transcended both Judaism and Christianity, thereby uniting them”.

But Almond argues it is a phrase we might “well do to abandon”: “It conceals the western history of anti-Judaism. Even when in philo-Semitic mode, it appears to extol the virtue of Jewish identity, it is deeply anti-Judaic.”

The Independent covers Benny Morris and Dror Zeevi’s new book The Thirty-Year Genocide: Turkey’s Destruction of its Christian Minorities 1894-1924 and explores Armenian/Christian genocide in the region. While writer Robert Fisk disputes some matters in the book such as the degree of ferocity of the call for jihad by the Turkish Ottoman empire, he notes the “sheer, terrible, shocking account of violence” in the book and the “frightening geographical scope to the killings”.

Fisk does mention the book will have many Turks enraged including President Recep Tayyip Erdogan and that many in the Arab world will take to task the view that the holocaust of Christians “was more motivated by Islam than Turkish nationalism”.

Woke to shame a mix of faith and fame?

The National Review ponders the future for Christian celebrities in a culture which is becoming more “woke” and devout to progressive sexual orthodoxy. Citing the recent example of Chris Pratt and his war of words with Ellen Page over Hillsong, writer David French sides with Pratt and states that the actor’s “acceptance in Hollywood should not hinge on whether he swallows the politics and theology of radical cultural gatekeepers”.

“After all, a core (and very basic) tenet of pluralism is the notion that people of diametrically opposed belief systems can live and work side by side so long as they treat each other with dignity and respect,” writes French. “It is the height of intolerance to believe that it is somehow problematic—absent any evidence of mistreatment on the job or on-set—that a person disagrees with you on matters of faith.”

A lot at stake to keep water in this lake

CBN News reports on efforts to keep the Sea of Galilee hydrated despite years of drought impacting the famous biblical lake. Attracting over one million tourists each year, many flock to the lake to witness the same water Jesus walked on with over 20 tourists boats carrying religious tourists out for a unique worship experience.

During one period of low water levels an ancient boat was discovered which has been unofficially dubbed the “Jesus Boat” and at one point the lake was one of three main water sources that supplied water to Israel. But now it hardly supplies water and if the level continues to decline then the lake will become too salty and will be rendered redundant as a water source.