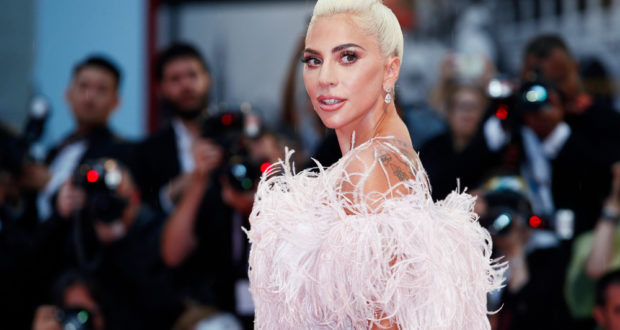 Lady not gaga over Pence’s Christianity

NBC News has news of Lady Gaga’s statements at a Las Vegas concert where she condemned US Vice President Mike Pence and his wife’s Christianity. Speaking to over 5000 fans at the MGM Park Theater, Gaga stated, “To Mike Pence, who thinks it’s acceptable that his wife work at a school that bans LGBTQ, you are wrong … You say we should not discriminate against Christianity. You are the worst representation of what it means to be a Christian.”

Gaga’s comments come as news dropped of Karen Pence’s work as an art teacher at an evangelical Christian school which explicitly bans LGBTQ employees and students. She went on to say, “I am a Christian woman, and what I do know about Christianity is that we bear no prejudice, and everybody is welcome. So you can take all that disgrace, Mr Pence, and you can look yourself in the mirror, and you’ll find it right there.”

The Christian Post reports that the United States Supreme Court will not hear an appeal from a public school football coach who was terminated after kneeling in prayer after games. Bremerton High School coach Joe Kennedy started his prayer tradition in 2008 when he would kneel at the end of football games and pray silently; team members would occasionally join him. In 2015 he was sent a letter by the Bremer School District superintendent informing him that this post-game ritual violated the Establishment Clause.

This ignited a string of legal challenges which culminated in Kennedy filing an appeal with the Supreme Court to hear the case. But Supreme Court Justice Samuel Alito explained that the Supreme Court’s denial “came not because of agreement with a lower court ruling but rather a belief that there remained important unresolved factual questions”.

Christianity and science put under the microscope

Evolution News examines the relationship between Christianity and science and argues that thinking around Christianity dragging the west into an anti-scientific Dark Ages is pure myth. Author Michael Keas—Lecturer in the History and Philosophy of Science at Biola University—details how the church father Saint Augustine laid some of the foundations for science and contributed to Aristotelian physics.

Keas also investigates medieval European Christians’ work on the “laws of nature” and their invention of self-governing universities, eyeglasses and stained glass.

The Boston Globe explores the religious decline in the United States and the social implications, particularly in the context of philanthropy. Since 1990, an increasing number of Americans are rejecting any religious affiliation which is particularly rising in the youth demographic; according to the Public Religion Research Institute 38 per cent of under-30-year-olds have no religious identity.

Given that religious faith and institutions are the strongest drives of philanthropic work in the nation this rejection of religion could have serious consequences for charities and volunteer programs.

“Religious practice links us in webs of mutual knowledge, responsibility, and support like no other influence,” states Karl Zinsmeister, editor of the Almanac of American Philanthropy. “The capacity of religion to motivate pro-social behaviour goes way beyond volunteering. Religious people are more involved in community groups and have stronger links with their neighbours.”