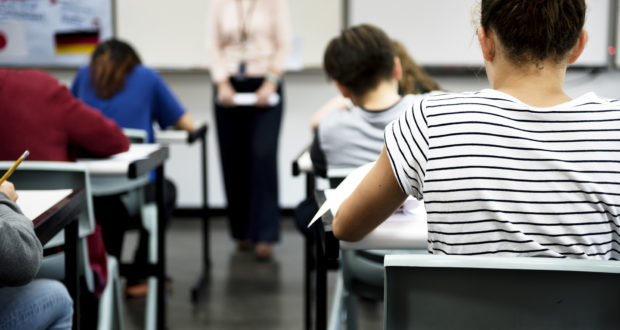 A Current Affair covers the latest on religious instruction (RI) classes in state schools with the Queensland Synod Moderator Rev David Baker offering his thoughts on the matter.

Speaking on RI, the Moderator commented, “The curriculums we use are refreshed every year, they’re written by quality educational professionals.”

Brisbane mother Alison Courtice is campaigning to remove RI classes from Queensland state schools with the current state school rules stating that RI is optional, requires approval and is capped at a maximum of one hour a week. But those rules aren’t good enough for Courtice who wants teachers to educate children on a variety of world religions.

“It’s just education and that’s what state schools are supposed to be in the business of doing,” said Courtice.

The Queensland Government Education Minister Grace Grace stated there are no plans to review RI in state schools.

The Sydney Morning Herald reports on the NSW/ACT Synod of the Uniting Church and their push to decriminalise the personal use of illicit drugs such as ice. Their campaigning, alongside Uniting, has attracted the support of commentator Alan Jones who also thinks it is time to rethink how drug crime is managed.

Uniting’s medical director of its Kings Cross injection centre Dr Marianne Jauncey states, “What I’ve now learned in the 20-odd years I’ve been working in the field is that there are direct harms that come merely from the criminalisation of tiny amounts of personal use. We want to keep our children safe and we don’t want people using dangerous substances. If that’s our aim, you can clearly say the current system has failed.”

Alan Jones adds, “[I] never thought I would say this but everything we have done to date has failed. Everything. So something different has to be done. Sensible people have to look at changing the system. I know it feels wrong … Should the police be spending all their time and all the resources going up to these people with tiny amounts [of illicit drugs]?”

While decriminalisation for personal use is being advocated, production, trafficking and supply of illicit drugs would still be criminalised.

Miracle in the sky or trick of the eye?

Metro takes a closer look at claims that Jesus Christ was descending from the sky in Burbank, California but doubts remain whether it was the Second Coming or simply some balloons. Pablo Morales shot a video outside his home which depicts a figure slowly passing through the sky. In the video Morales comments, “Is that Jesus Christ?” before appearing to pray to God.

He later commented, “I was outside smoking with a buddy and my wife when something strange is floating in the sky. We were and still are shocked because it looks like a man floating. It glides through the sky and makes a plunge down to the Earth like it was landing.”

No official word yet from any of the major Christian denominations that the Second Coming did happen but we’ll keep you posted if there’s further information on the strange event.

News.com.au reports on the latest developments with the Israel Folau saga as the rugby player’s legal war-chest passes the $2 million mark thanks to thousands of donations from around the country. After GoFundMe booted Folau from its crowdfunding platform, the Australian Christian Lobby hosted a page to facilitate donations and the money has been pouring in ever since.

Commentator Alan Jones claims Folau’s fight is “one of the defining cases of our time” and rallied listeners to donate, arguing people “should all be doing our little bit because Israel Folau is fighting the battle for all of us”. The alleged corporate pile-on against Folau’s wife, Maria, for sharing her husband’s campaign is only further adding fuel to the fire.