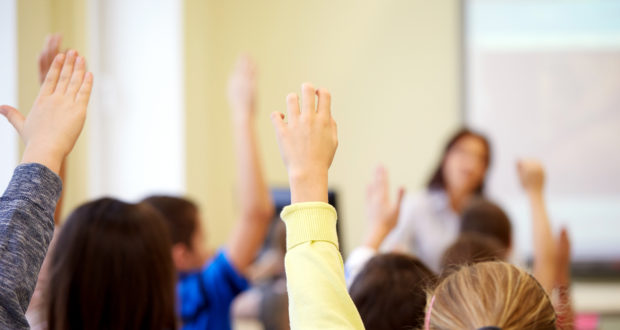 Don’t be a fool; religion has a place in school

The Sydney Morning Herald has an opinion piece arguing that religious education still has a place in Australian schools despite critics waging an ideological war to have it removed. Christian SRE CEO Murray Norman examines the Census data and finds that while Australia is becoming less religious a whopping 70 per cent still identify a religious faith.

“Education is holistic, and spirituality is enshrined in Australia’s educational objectives,” writes Norman. “Few would disagree that sport, music, outings, camps and many other activities are part of the overall learning experience. SRE, which offers a safe place for students to discuss matters of faith and spirituality in a way that is consistent with their family’s beliefs, is equally important to those who choose to participate.”

A try-ing time for Folau as judgement looms

Daily Mail Australia covers rugby player Israel Folau’s latest movements ahead of a decision concerning his Christian social media antics which caused massive controversy in recent weeks. According to the news outlet Folau attended a Uniting Church in Kenthurst with a Bible in his hands as he headed for Sunday service.

Folau will soon learn his fate regarding his posts which declared that drunks, homosexuals, adulterers, liars, fornicators, thieves, atheists and idolaters will be going to hell unless they repent and let Jesus save them. Many believe that the social media posts could constitute a high-level breach of Rugby Australia’s rule and thus Folau could see his multi-million dollar contract torn up.

A faithful deed to light up some weed?

The Christian Post has news of one American pastor’s promotion of marijuana and how using the drug makes it easier to worship. Pastor Craig Gross may be familiar to some thanks to his work with XXXchurch that helps people break free of pornography addiction but he’s now turning his attention to another popular issue which impacts many Americans: marijuana. Although still illegal at a Federal level, marijuana use is now legalised in ten states and Washington DC, and recent Pew poll data suggested 62 per cent of Americans supported full legalisation.

Gross recently launched his Christian Cannabis venture at Coachella with the aim of bringing “Christian weed users out of the shadows and challenge churches to have frank conversations about marijuana”.

“The third day, God created the plants before He created us. This was created before us for us. Yes, it can be abused. Yes, it can be taken the wrong way. Do I think a kid should use this? No. There have been so much studies on that, on the underdeveloped mind. I’m talking about legal responsible adults,” says Gross.

“My end goal with Christian Cannabis is that it shouldn’t take me 18 years to see these kind of conversations with this topic. We’ll be way too late if we wait 18 years. The time is now. Start this conversation. It’s going to be legal where you have a church and people in your church are going to have questions.”

XXL magazine has a full rundown of Kanye West‘s relationship with faith in the wake of the celebrated rapper’s recent “Sunday Service” at the Coachella music festival. For the man who released a track called “I am a God” and posed on the cover of Rolling Stone magazine as Jesus, you may be mistaken for thinking West’s faith solely concerns himself but his relationship with Christianity is far more complex.

In recent years West has talked of building a nondenominational cathedral, baptised his daughter in the 12th century Saint James Cathedral in Jerusalem and said his record The Lift of Pablo was a gospel album. He also stated that through his work with Chance the Rapper he found his way back to his relationship with Jesus; “You have to see and feel how happy I am and how strong my family is,” he wrote on Twitter. “We are even stronger because of this through the love and grace of god … I need to speak about how Chance demanding that we record in Chicago reconnected me with my roots and also my faith in Jesus Christ.”