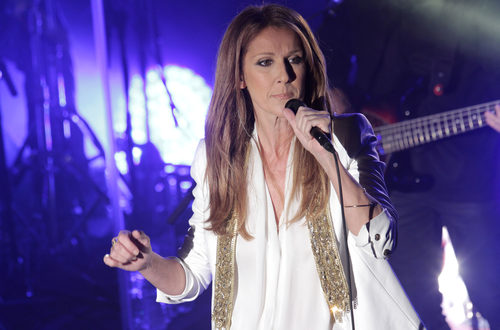 The devil flows through Celine’s clothes?

The Christian Post has news of a senior Catholic priest/exorcist who sees the devil in Celine Dion’s new gender-neutral kids’ clothing line. Msgr John Esseff who was once the spiritual director to Saint Teresa of Calcutta, spoke to The National Catholic Register about “the way this gender thing has spread”.

While Dion was raised Catholic she has recently forayed into children’s clothing with the release of CELINUNUNU and the company’s aim is to “liberate children from the traditional roles of boy/girl” and enable “younger people to grow on values of equality with the freedom to strengthen their own power of personality based on mutual respect”. Sounds harmless? Not to Esseff who insists the devil is “going after children by confusing gender” and to say there’s no difference in genders is “satanic”.

“The devil is a liar and there are huge lies being told,” said Esseff. “This is being done for money, and there is divisiveness that comes from this—marks of the devil.”

NHK reports on a significant discovery in a Japanese museum which sheds light on the history of Christianity in the nation. A hand scroll painting measuring 22 centimetres by three metres was found in a memorial museum in Kanagawa and experts believe it could be over 400 years-old.

Comprising 15 scenes depicting Jesus and the Virgin Mary,  the painting also includes Latin prayers and the words “the year of 1592”, 40 years after Christianity arrived in Japan. Now experts believe this find could in fact be the first religious painting done in the Japanese traditional style of art. Osamu Inoue, the Deputy Director of the museum, also claimed it could be one of the oldest paintings made by a Japanese Christian.

News.com.au reports on the latest surrounding missionary John Chau and his ill-fated expedition to a small island belonging to the world’s most isolated tribe. The Christian Chau visited the North Sentinel Island off the coast of India with the hope of converting the Sentinelese to Christianity but the locals had other ideas and fatally shot him with an arrow.

While authorities are convinced Chau died from the arrow attack, Chau’s mother still holds hope her son may still be alive as authorities have yet to provide a body and there have been few witnesses who actually saw the incident. While there have been efforts to retrieve the body there are fears those tasked with bringing Chau back to the mainland could face similar hostility from the tribe.

The Christian Post reports on an Indian pastor who suffered a brutal beating for his faith but is vowing to continue his work to spread the gospel. Pastor Bangali Das was accused of forced conversions, a charge often levelled at Christians in India, and allegedly had over 100 non-Christians bash him and his followers; the beating was so bad he was left unconscious.

“When our believers requested them to give some time to buy a place and build a worship hall, they surrounded us and started beating us,” said Das. “Two men caught me and began to rain blows on me with their hands. I got hurt in my chest very badly and my arm was injured.”

Despite the attack Das is committed to Christ: “Great men of God in the Bible like Shedrach, Meshach, and Abednego, and their friend Daniel were persecuted. So I feel that it’s an occasion for me to glorify God, like them. I will continue to work for the Lord in spite of all such obstacles and pain.”