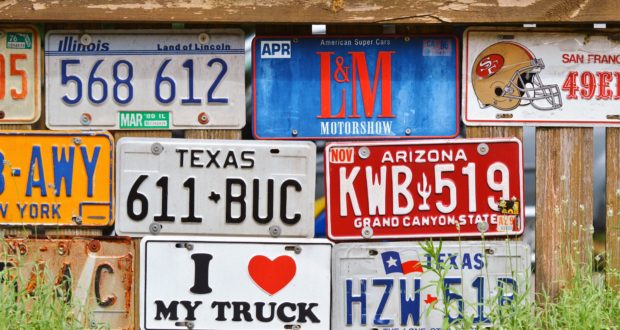 CBN News reports on the controversial religious licence plates the American state of Mississippi is planning to distribute this year. In 2014 Republican Governor Phil Bryant signed legislation to add the motto “In God We Trust” to the state seal and in May 2018 announced the state seal featuring the phrase would adorn licence plates issued by the state.

Predictably this hasn’t gone unnoticed by those concerned about the separation of church and state with the American Humanist Association declaring the move “unconstitutional”.

“The problem, obviously, is that many individuals do not believe in a God, let alone trust in her, her, or it,” stated the American Humanist Association. “Thus, to create a standard licence plate that displays that phrase, with no alternative at an equal cost that avoids such a statement, unconstitutionally endorses religion.”

New Year’s Eve service goes off with a bang

The Christian Post has news of a lucky escape for a Texan pastor who was ministering on New Year’s Eve when a stray bullet narrowly missed him. Evan Risher was leading a worship for the new year late on 31 December when he “heard something that sounded almost like a whirlwind coming from the ceiling of his new church”.

Congregants left the service and the pastor’s guards were quick to rush him from the scene, only to later find a bullet onstage; the .40 caliber had gone through the roof and landed approximately two feet from the pastor.

“I was speechless,” said Risher. “I was scared. It shook me, but it didn’t break me.”

Latest judgement on judge judging others

The Telegraph reports on the latest tribunal judgement involving a Christian judge who was fired for “serious misconduct” after he made public comments about gay adoption. Richard Page was dismissed after he stated that in his view it was in “a child’s best interests to be raised by a mother and a father” during a same-sex adoption case and later repeated that view during a BBC interview.

He began appeal proceedings against the termination arguing he was fired for expressing his personal opinion rather than the charge of “serious misconduct” and during a hearing held before Christmas a judge upheld his application ruling “judges can hold intolerant views that should be respected”.

The Independent reports on why people believe in God and they are quick to explain it upfront: “The quick and easy answer to why people are religious is that god—in whichever form you believe he/she/they take(s)—is real and people believe because they communicate with it and perceive evidence of its involvement in the world.”

In evolutionary terms the belief is that humans have created over time a “god-shaped hole” in our psychology as a “by-product of a number of cognitive and social adaptations which have been extremely important in human development”; this can also be thought of as a “metaphorical god engine” which drives belief in a god or gods.

The article also claims that human desires to anthropomorphise non-human things such as gods with similar human traits makes it easier for us to psychologically connect with them.