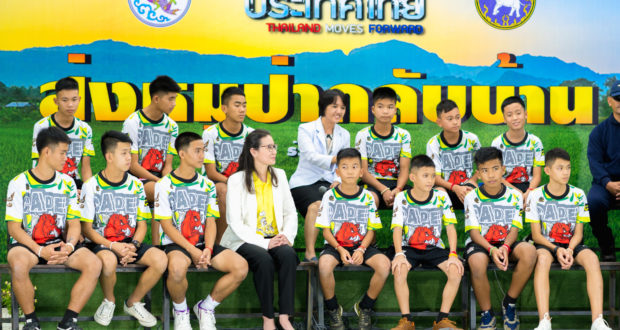 In early July, Thailand was at the center of the world’s attention during a multinational effort to rescue 12 boys from a flooded cave. The boys were members of the Wild Boars soccer club and had been trapped, along with their coach, in Tham Luang Cave in Chiang Rai Province since June 23. People around the world, including Thailand’s tiny but thriving Catholic community, prayed for the safe return of the boys.

Cardinal Francis Xavier Kriengsak Kovithavanij, archbishop of Bangkok and the leader of the Catholic Bishops Conference of Thailand, sent a pastoral letter to the Catholic faithful in that country urging them to pray for the boys’ safety.

Is religious freedom worth protecting?

The government is expected to release the Ruddock Religious Freedom Review and its response later this month. Already, influential Liberal politicians like the Minister for Social Services, Dan Tehan, Minister for Resources and Northern Australia, Matt Canavan, and Senator James Paterson have called for the introduction of a religious discrimination act.

Before the debate becomes tied up in the minutiae of amendments to the law and what evidence there is of religious views being “hounded out of the public square,” as Paterson has noted, it’s important to explore why religious freedom is worth protecting.

Queen frontman, Freddie Mercury was raised in a strict Zoroastrian family, a faith primarily practiced by Parsees whose ancestors are from ancient Persia, now known as Iran and considered by some religious experts to be the oldest monotheistic religion.

According to a new study, researchers analysed the relationship between values held by different nations and their GDP, discovering that a shift away from religion may make countries more prosperous.

They found the lack of religion tended to come before economic growth over the course of the 20th century – a discovery that partially answers a long-standing question about the impact of secularisation on the economy.