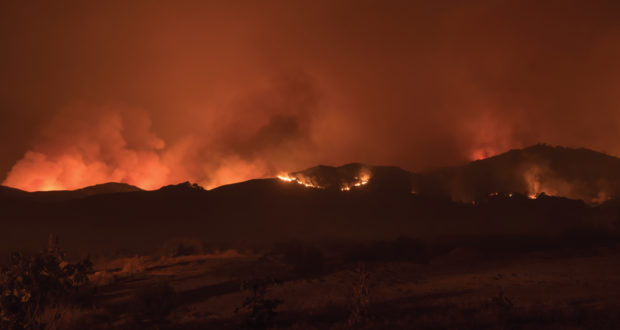 Surrounded by fire, this cross will inspire

Fox News reports on a church’s cross which withstood intense wildfires that destroyed 95 per cent of Paradise, California. Our Savior Lutheran Church was right in the centre of  devastating wildfires that engulfed much of the town and although the 54-year-old church building and parsonage were destroyed, a simple wooden cross survived the blaze. Pastor Brandon Merrick posted a photo of the cross on Facebook to inspire others and remind that “this is our one true hope in the midst of tragedy that cannot be destroyed by anything”.

“I told our church I really hope that that picture can be used as the picture for the fire, because, as the church, everything that man builds with our hands is perishable, but what God does for us through the corss is imperishable and cannot be take away or burned up,” Merrick said. “And that’s what I love about the picture.”

Mumbrella reports that a controversial organ donation advert depicting Jesus’ crucifixion has been banned by the Ad Standards board due to its “demeaning take on an important Christian belief”. The social advertisement promoting the documentary Dying to Live had attracted controversy for what some Christians viewed as its denigration of the death of Christ.

Ad Standards were sent numerous complaints from members of the public who labelled it “extremely offensive”, “disparaging”, “discriminatory” and “had undertones of evil depicting Christians only as not doing enough for the dying”.

The team behind the ad defended their work stating, “Our intention was not to offend any members of the community, but to highlight the important issue of donation in a way that raises discussion and debate around it nationally and within this key demographic.”

A trip to Ken Ham’s Answers in Genesis Creation Museum and Ark Encounter was cancelled after an atheist legal group filed a complaint, according to The Christian Post. A Charleston, Illinois community trip was scheduled to visit the infamous Creationist attractions but the Freedom From Religion Foundation (FFRF) objected on the grounds it would violate the Establishment Clause of the First Amendment to the US Constitution.

FFRF Attorney Ryan Jayne wrote to the city’s attorney stating, “It is a fundamental principle of Establishment Clause jurisprudence that the government may not promote, advance, or otherwise endorse religion … Advertising and organising religious events sends the message that the City supports those events and their religious missions.”

Prior to the intervention, the city was planning to charge residents $575 to visit the Ark Encounter and Creation Museum including transportation, lodging and admission.

The Guardian reports that a letter by famed scientist Albert Einstein about God, the Bible and Judaism has fetched $2.89 million at auction. Dubbed the “God letter”, Einstein wrote the correspondence to philosopher Eric Gutkind in 1954 but auctioneers at Christie’s were expecting far less than the eventual hammer price.

In the letter Einstein wrote, “The word God is for me nothing more than the expression and product of human weaknesses, the Bible a collection of honourable, but still primitive, legends which are nevertheless pretty childish.” Christianity wasn’t the only religion to get a serve in the letter with Einstein declaring, “For me the Jewish religion like all others is an incarnation of the most childish superstitions.”

Ten years ago the letter had been put up for auction in London where it eventually sold for £170 000; one of the prominent bidders who lost out during that auction was noted atheist Richard Dawkins.