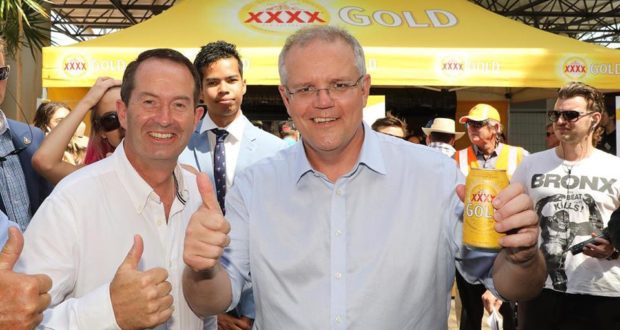 Does The Monthly really know the faith of ScoMo?

Eternity News takes The Monthly to task over their article exploring Prime Minister Scott Morrison’s Christian faith. Declaring The Monthly “disastrously wrong”, journalist John Sandeman claims some of the errors should have been obvious to sub-editors and that the article’s take on Pentecostalism is a “bit out of date”.

“Spiritual warfare is Christianity 101,” writes Sandeman. “Believers of many stripes are conscious of being at war with spiritual forces, fighting temptation and the like … In this context, it is odd that practices such as ‘words of knowledge’ and ‘prophecy’ are not featured in The Monthly’s summary of Morrison’s Pentecostalism—because they are surely part of the PM’s church experience.”

The Age reports on the Victorian government’s plans to ban gay conversion therapy and the Australian Christian Lobby’s push to stop the ban. The state’s health complaints commissioner found “overwhelming evidence it does serious and long-term harm to those who receive it” and during its inquiry found that occasionally the therapy includes exorcisms.

The Australian Christian Lobby’s Managing Director Martyn Iles has stated that the proposed laws banning the therapy are a “dangerous policy for parents, counsellors and even medical practitioners with a faith identity”.

The Independent reports on the latest research coming from the Pew Research Centre which finds that people who follow a religion “through active participation in congregations” tend to be happier, smoke and drink less than those without a faith and are more “civically engaged”.

Countries featured in the study included Australia, New Zealand, Brazil, the United States of America and Japan, and participants were analysed according to religious affiliation and participation with three categories being utilised for data analysis: “Actively religious”, “inactively religious” and “religiously unaffiliated”.

The researchers do make clear that the link between happiness and religion needs further study as “the numbers do not prove that going to religious services is directly responsible for improving people’s lives”. In fact there could be an opposite link: happier people engage in religious participation “because they overall participate more in activities compared to unhappy people”.

The Christian Post reports on pop culture icon Justin Bieber and his decision to abstain from sex until marriage to his new bride Hailey Baldwin because “he vowed to God that he’d live a chaste life after battling a sex addiction”.

Bieber suffered a turbulent period after a Xanax addiction and a “legitimate problem with sex” but recommitted himself to Christianity.

“God doesn’t ask us not to have sex for him because he wants rules and stuff,” said Bieber. “He’s like, I’m trying to protect you from hurt and pain. I think sex can cause a lot of pain … I wanted to rededicate myself to God in that way because I really felt it was better for the condition of my soul. And I believe that God blessed me with Hailey as a result.”