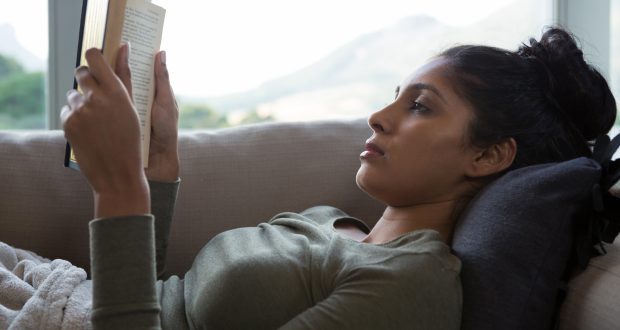 With more people staying at home there has been a renewed focus on activities people can enjoy in the comfort of their house such as cooking, watching movies, playing video games, gardening and jigsaw puzzles. But although we certainly live in the Netflix age, there’s nothing quite like sitting down with a good book and so Nick Mattiske has some recommendations for isolation reading.

Since the travel restrictions in this time of virus-related isolation, some of us might be missing interaction with nature, not to mention the privileges of overseas travel. Some armchair travel and nature writing might be in order.

David Haskell, in The Song of Trees (Black Inc.), listens to trees, which may seem an odd concept, but Haskell’s evocative writing notes differences in the sound of the fusillade of raindrops on the leaves of various species in a rainforest and compares the hissing of wind in ponderosa pines in different parts of the US. He also writes about the interconnectedness of trees, among themselves and with animals and fungi, connections now understood as widespread and crucial for survival, including our own. In an evocative image, he likens the planet to a giant stromatolite, a global colony covering our rocky home, where species as different as humans and trees are inextricably connected.

For many, Michelangelo’s masterpieces are those from his youth—David, the Sistine Chapel ceiling. But in Michelangelo, God’s Architect (Princeton) William Wallace argues that Michelangelo’s takeover of the building of St Peter’s Basilica—when he was in his eighties, mind you—topped off with the dome, the crowning glory (which he never saw completed), was his greatest work and biggest responsibility. Wallace describes the building process, including the bold stripping back of ponderous accumulations, plus Michelangelo’s innovative and elegant additions, but he also sympathetically describes Michelangelo’s frustrations at sculptural failures and commissions from popes—frescoes, urban planning projects—that distracted from the massive St Peter’s undertaking, as well as, more personally, the impediments of an ageing body, the loss of old friends and the prevention of an easy retirement in his hometown of Florence.

If you’re missing art galleries or the artwork that graces many of our churches and adds to the depth of our spiritual practice, Mary Burke’s My Cry Is To All That Live (Coventry Press) offers reflections on biblical stories utilising her beautiful painted icons and lively, perceptive text, with a particular focus on women and the Earth. She uses fictional diary entries, little plays and the like to bring her characters to life, including Mary, the disciples, a possum and even coral on the Great Barrier Reef.

Theologian David Bentley Hart says that he has received a surprisingly high level of fiery condemnation for the promotion in his recent book That All Shall Be Saved (Yale) of the, some say heretical, idea of universal salvation and his insistence that an eternal Hell is not supported scripturally, logically or theologically (thereby rendering the content of many Heavy Metal songs redundant), which may support his contention that Christians are generally rather fond of the concept of Hell, perhaps due to a sense of justice. But Hart makes a formidable argument, wielding his extensive vocabulary and humour like battle clubs.

Trump’s erratic response to the pandemic might only reinforce the need to understand how he manages support from the middle American Rust Belt. From Eliese Goldbach’s Rust (Quercus) you can learn a lot about the business of steel making in the Cleveland steel mill where she worked, including the many possible ways to die on the job, as well as about the resentment, work ethic and pride of the workers there, many of whom were brought up to believe, as she was, that the US was God’s country, Democrats were evil, and environmentalism a con. She emphasises that the workers are a mixed bunch, not stereotypes, and that, despite many voting for Trump, they want what’s best for society and the country.

And if you want to go further back, Trump and the Puritans (Roberts and Whittock, Biteback) makes connections between, well, Trump and the Puritans. It argues that while Trump is personally not exactly puritanical, American evangelical Christians have been happy to vote for him because they believe he is sent by God to alleviate their sense of being oppressed by government and an increasingly immoral society, and to restore Christianity’s dominance, feelings that can be traced back to the Puritans’ ideas of themselves as exceptionally favoured by God but besieged by the godless.

If you have the time, you might try Peter Adamson’s big Medieval Philosophy (Oxford), part of his even bigger and dauntingly named History of Philosophy without any Gaps series. But don’t be intimidated—Adamson writes with a light style, beginning each short chapter with an anecdote, which rewards both sticking with the long narrative and dipping in and out. He says that medieval philosophy is not all theology. On the other hand, much of it is, and this book is a reminder of the richness, not to mention sometimes foreignness, of Christian thought of another era, and its legacies.