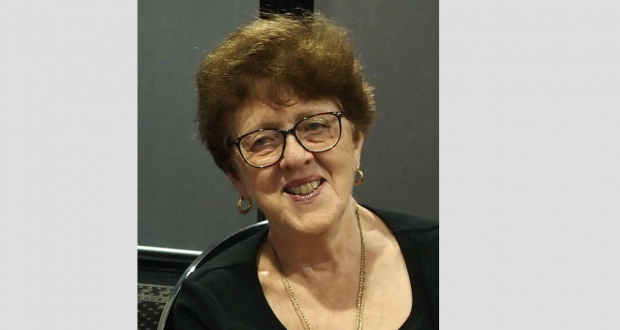 Margaret Harvison of Mackay recently received an Medal of the Order of Australia (General Division) as part of the Queen’s Birthday Honours for her contribution to the performing arts. James O’Callaghan reports.

In addition to the performing arts, the Uniting Church—particularly St Paul’s Mackay—has been the other constant over the course of Margaret Harvison’s life.

“My parents were married at the church by Rev Richard Bardon; all of my siblings were baptised here. I became a Queen’s Guide in 1956 being a member of the 2nd Mackay Girl Guide Company which was attached to the church at the time.”

Margaret reflects upon the pipe organ which was installed at St Paul’s in 1953.

“The church employed an organist, Alfred Epplere followed by Ronald Macfarlane. They also conducted piano and instrumental lessons at the premises. It was here that I received my initial choral training and have been part of the junior choir and senior choir, conducting the senior choir for several years, just prior to the choir ceasing to operate in 2010.”

Margaret has organised concerts for the church and her vocal students at St Paul’s, which has amazing acoustics due to its timber construction. These include the Celebration of Praise concert held between 2006 and 2009 with all proceeds going to school chaplaincy in Mackay. This was a combined inter-denominational community choir, and Margaret acted as musical director.

Margaret remains active in the local performing arts scene as a founding and life member of The Mackay Musical Comedy Players, life member of the Mackay Choral Society and maintains a strong interest in the North Queensland Eisteddfod Movement.