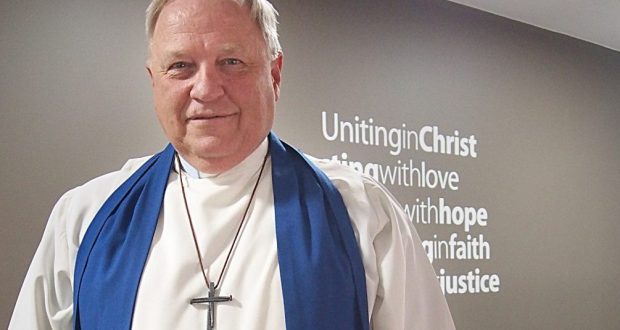 Across the world, many denominations and churches are celebrating September as the Season of Creation. Particularly for what is now such an urbanised world, this season reminds us that God’s vision for the Kingdom is about creation, not just humanity.

The aim of this time is to reconnect us to our fundamental role; to be stewards of creation.

The idea of stewardship is deep in the Scriptures. It is of the nature of being human; who, or what we serve—attend to, allow to shape our lives—shows us who, or what, our god is.

The first letter of Peter says, “Each of you should use whatever gift you have received to serve others, as faithful stewards of God’s grace in its various forms.”

The Project Plenty journey has been a dialogue of the life of the church in Queensland. We’ve been able to listen to each other from right across the state, and from the various aspects of the church’s life. One of the key messages I’ve heard in that dialogue is the desire for a deeper discipleship. Surely a big part of that is about the church helping us discover our gifts and our place of service; the place where we can be a blessing to others; and a part of that is this stewardship of creation. How do we “be a blessing” to creation?

I’m planning a road trip with a mate in September; just around the southern part of Queensland—the Darling Downs, the central west, the Mary Burnett. I feel a need to go for a drive. It’s reminded me of my time before ordained ministry, when I was a rural valuer.

The theme of stewardship of creation has reminded me of all the graziers and farmers I worked with during that time. They are stewards of creation in the most practical way possible. Did you know Australian primary production feeds 70 million people a year? The overwhelming majority of those landholders saw themselves as stewards of the land. They articulated, in their own way, their responsibility to care for the land. They knew they themselves were temporary and were stewards only for a time; the land would survive them; they would be passing it on to someone. The ones that “flogged their country” were known for that across their community, and not respected.

The First Peoples of our nation also have that connection; they understand the connection to land; many of them are rediscovering this connection after the great disruption of colonisation.

So, in this “Season of Creation”, I invite you to find a way to connect to that fundamental purpose we have been given. “And he Lord God took the man and put him in the garden of Eden, to till it and to keep it”

Learn more about Season of Creation.