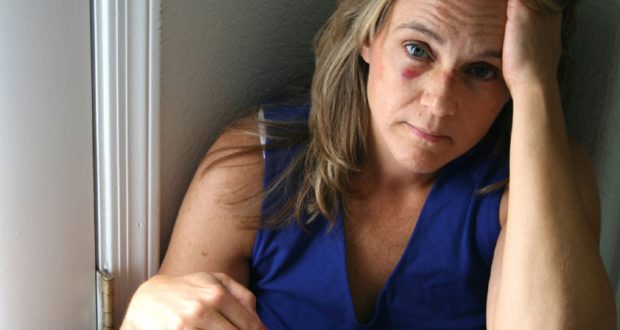 A multi-faith coalition of communities will come together on 25 November for the “Peace Begins at Home” walk to stop violence against women. Photo: Supplied

A multi-faith coalition of communities will come together on 25 November for the “Peace Begins at Home” walk to stop violence against women. The event coincides with the United Nations International Day for the Elimination of Violence against Women and White Ribbon Day. Journey talks with three women helping organise the event.

Now in its second year, the walk through Brisbane city is a multi-faith initiative between Believing Women for a Culture of Peace, the Centre for Interfaith and Cultural Dialogue and the Multicultural Development Association.

Journey: How has your faith/theology informed or motivated you?

Heather Griffin: I am strongly influenced by the ways that Jesus interacted with other people by first and foremost giving them respect, regardless of what those around him thought. “Do to others as you would have them do to you” is a strong statement where domestic violence is concerned. The thinking behind an interfaith walk is that this is an issue that affects people of all faiths and all races and is present in all levels of society. So it’s an issue that all faiths confront, and all oppose according to each faith’s own version of the Golden Rule.

Wendy Flannery: I regard the equal dignity of all as fundamental to my faith. With a growing awareness over time of the various and sometimes horrific forms of violence against women, my faith has motivated me to find ways to address this issue both within my faith community and in the wider cultural context. I worked for some time setting up a United Nations connection for a faith-based NGO, and I vividly remember the published comment of a woman when the UN was preparing for the 5th anniversary of the 1995 Beijing Conference on Women: The comment of a woman from India quoted in the preparatory material has stayed with me ever since: “The family—the most dangerous place in the world for women and children”.

Kamaljit Kaur Athwal: The Sikh faith founded by Guru Nanak Dev Ji in the 15th century believes in equality of all and this is extended to women as well. Guru Nanak Dev Ji spread the message of Ek Oang Kaar—“there is only one God”—and that God is contained in us all, no matter of caste, creed, race or gender. Hence promoting a philosophy of peace, love and equality of all, and advocating equality of women. Although an extremely radical view in those days, Guru Ji openly preached the equality of women and the important and vital role they play in society.

Journey: How has multi-faith dialogue strengthened your work in this area?

Heather Griffin: The learning for me has been to see the deep concern from a variety of people of various faith traditions. This is one area where we, as people of faith, can stand together as one block of solid support for those who suffer abuse. And we know it is present in all our faith communities as well as the community in general. Together we can be a significant voice for good in Australian society.

Wendy Flannery: Our Brisbane-based women’s multi-faith association, Believing Women for a Culture of Peace (BWCP) began working on the issue of violence against women in 2007, and held a small public event on 25th November outside the Albert St Uniting Church in collaboration with Al Nisa Muslim women’s association. In 2009 in a ceremony in the same church we initiated a project to highlight the issue from a faith perspective and in 2010 we launched “Flying with Two Wings: a multi-faith toolkit addressing violence against women”. Women from seven faith groups contributed to the publication and men from five faith groups wrote corresponding support pieces. These were set within the context of an international call to recognise and address violence against women. One of the interesting characteristics of almost all the pieces contributed was the way in which they highlighted the way in which the respective faith sources challenged any attempt to justify violence against women from a faith perspective.

Kamaljit Kaur Athwal: The most important lesson that I and many others learn is that no matter where we come from, no matter how rich or poor we are, no matter how educated or uneducated we are, domestic violence is found at almost every level of life. This act of domestic violence is not acceptable and the victims (children and other family members included) should be supported and cared for. When we work together as many faiths the message is stronger and the one stronger voice says that this behaviour is not acceptable in our homes and in our communities.

Journey: What are some of the key things the Uniting Church community can do to help reduce and eventually eradicate domestic violence?

Heather Griffin: Firstly education, education, education so that families can become aware of the range of support services and how to access them. For example, would it be too big an ask to suggest that toilets in all Uniting Church buildings have information and helpline stickers on the backs of toilet doors with phone numbers for relevant organisations? When people are cut off from normal ways of accessing information, public spaces such as this can provide a vital link. Also so that people can recognise what an abusive relationship does to a person’s sense of worth and their ability to break free and so on … there are many more aspects to awareness raising. Secondly, good solid church teaching on what “submission” really means in a relationship; mutual submission that has at its core the sort of love that listens well and wants an equal sharing of power and control in a relationship. Thirdly, a big “thank you” to those who work in this very difficult and emotionally draining area—you represent the love of Christ in the crazy, complex world in which we live.

Wendy Flannery: Here are some of the suggestions from our “Flying with Two Wings” toolkit:

Above all, we want to affirm that it takes spiritual and moral courage to challenge traditions of domination and violence in relationships, especially where these have been justified on the basis of faith. Collaborating across faiths is a way of generating such courage.

The “Peace Begins at Home” multi-faith peace walk to stop violence against women starts at 8.30 am, 25 November at Speaker’s Corner, outside Parliament House, George Street, Brisbane.