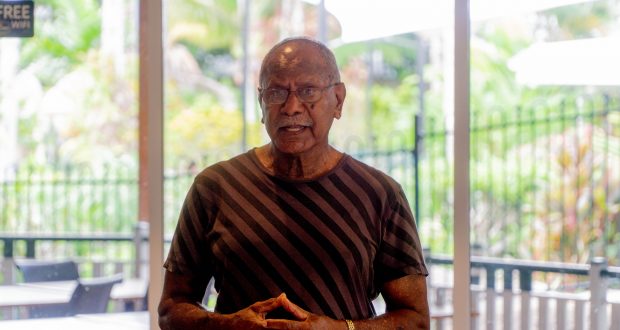 The Calvary and North Queensland Presbytery amalgamation will be recorded as a momentous occasion in the life of the Uniting Church in Australia, Queensland Synod and its relationship with First Peoples across the state.

Both the closing service (28 February) and the opening service of the new Carpentaria Presbytery (29 February) were held at Cairns Emmanuel Church and attended by church leaders including Moderator Rev David Baker.

Rev Dennis Corowa, the former Calvary Presbytery Minister and former Chair of the Uniting Aboriginal and Islander Christian Congress who has been in ministry for 30 years, describes the importance of the Calvary Presbytery.

“The history of Calvary dates back to the inauguration of the Uniting Aboriginal and Islander Christian Congress in 1985, with Charles Harris one of the pioneers,” he says.

“I think the Calvary Presbytery has a profound meaning. It gave First Peoples recognition of our status within the life of the church.

“It also gave First Peoples a voice on issues, which at that time we didn’t have.”

Dennis lists the fact that the presbytery has come this far as its key achievement.

“It can be difficult to manage congregations through leadership, transparency, clarity of reporting and relations with the community,” he says.

“The fact that the presbytery has lasted more than 30 years is testimony to all of those involved.

“It genuinely fills me with pride and hope.”

Despite the closure of the presbytery, Dennis is positive about the future and what the Carpentaria Presbytery means for First Peoples across the state.

“While I am disappointed, I understand the rationale,” he says.

“I think it is going to help build relationships throughout the church.

“It will also help us have further conversations around issues like sovereignty, which will allow the church to take further steps towards true reconciliation.”