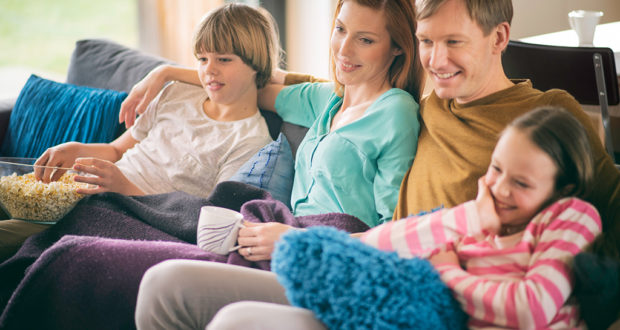 After the Brisbane Times recently explored whether the current classification system for movies, television and video games is really working for parents, The Scoop sat down with Digital Youth Discipleship project officer Steve Molkentin to discuss movie ratings, parenting and top tips for family-friendly entertainment.

Australian Council on Children and the Media (ACCM) honorary chief executive Barbara Biggins recently wrote an opinion piece for the Brisbane Times questioning whether our current classification system is working for parents.

Citing survey data collected by ACCM, Biggins claimed that eight out of 10 parents think the classification system needs to change and nearly 80 per cent of respondents thought the “M” rating did little as it had no legal force.

Biggins sees the Dutch Kijkwijzer (Watch Wiser) system, which classifies films and TV shows by age, as the way forward for Australia but whichever direction the classification system takes it is clear that many families still struggle with finding age-appropriate entertainment for their young ones. Given the deluge of movies and TV shows flooding free-to-air stations, cable channels and streaming services like Netflix and Stan, there’s no shortage of available entertainment to consume but choosing something that will keep the kids happy but not bore Mum and Dad to tears can be a bigger challenge.

As the Queensland Synod’s Digital Youth Discipleship project officer (and a father of two) Steve “Molk” Molkentin is no stranger to thinking about creative content’s suitability for young people. We discuss the current ratings system, parenting and movie recommendations for youth groups.

The Scoop (TS): What do you think of our current ratings system for TV, movies and video games?

Molk: It’s not bad however requires significant improvement. Like all things legislative, technology has marched on and there should be a review of both process and community standards which these ratings are meant to reflect. A recent change in TV ratings has opened wider programming doors for networks, though they were necessary due in no small part to shrinking audiences and the need to drag people back/retain what they have.

TS: What are some tips for Christian parents out there when selecting content for their younger kids to watch?

Molk: Always use your best judgement. Talk to other parents who have children the same age to see what they’re doing with their kids too.

Be involved in the media consumption of your kids (it’s really easy to let kids “go watch Netflix” in the other room/on their tablet and not know what they’re doing). Also: play video games with them, it’ll help you understand what the ratings mean if you’re stepping through the game with your kids. Use the child-safe areas and limitations provided within particular streaming media services and gaming accounts to ensure specifically rated content isn’t available.

TS: How do you manage the situation when many children visit their friends who may have parents who are more relaxed about what the kids can view or what games they can play?

Molk: Conversations with the parents of your kids’ friends is important – just the same as talking about allergies or medical ailments. Expectations should be discussed, and if it becomes a problem it might mean your child not going over to that friend’s place. Certainly not allowing them to take their technology (if that’s a concern) can be a safe step.

TS: Do you think it’s a problem that comic superhero movies, which have been traditionally entertainment for kids, are now increasingly catering to older audiences and with it all the violence, sexual content and mature themes that entails?

Molk: Comic book heroes grew up a long time ago, so the expectation that the new DC/Marvel film will be family friendly fun is a difficult line to take. Marvel are certainly aware there are LOTS of kids watching so they tend to deliver a “cleaner” M-rated film that has lots of violence but little blood/gore, and next to no sexualised anything—it’s America, right?!

Reviews are helpful if parents are concerned ahead of time, and as lots of people are seeing them there’s likely someone who has seen it if you are concerned about taking your 8-year-old to the latest thing. There are no safe bets however there are always franchises that will be broadly child-safe.

TS: How do parents manage expectations for kids who do love superheroes but cannot see superhero movies which are clearly too violent for young audiences?

Molk: There are lots of the same superheroes in kid-friendly cartoons that can be a great substitute. Also if it’s a real concern don’t use YouTube as a babysitter where they’re likely to see the trailer for the new superhero film 12 times per hour which will only build their expectation for it. Discuss with your child if it’s not appropriate why it’s not appropriate. Conversation and relationship always win out.

TS: What are some good family-friendly TV shows or movies out right now which have valuable faith-related lessons everyone can learn from?

Molk: It’s tough in primetime. Ninja Warrior has been great, clean, punchy fun that was aimed at the entire family. As to specific content it all comes down to age appropriateness, and searching that out can be difficult. Science-fiction is usually pretty safe, so stuff like the modern Doctor Who series is good, and there’s lots of educational stuff that is entertaining also—stuff like Horrible Histories and Mythbusters for primary school students. Drama-wise it’s a minefield … and when it comes to issues of faith, it’s where you find it. Or just watch the Hillsong channel.

TS: What are your top five movie picks for playing at youth groups?

“Understanding Your Kids & Their Digital Life (a survival guide for parents)” is a presentation and Q&A experience for congregations to leverage as a missional opportunity, and empowers parents using tools and strategies to take control of technology in their home.

To register your interest or talk more about the Digital Youth Discipleship project, contact Steve Molkentin via email molk@ucaqld.com.au or call 07 3377 9926.