Home > Scoop > Reflecting on women and the Uniting Church 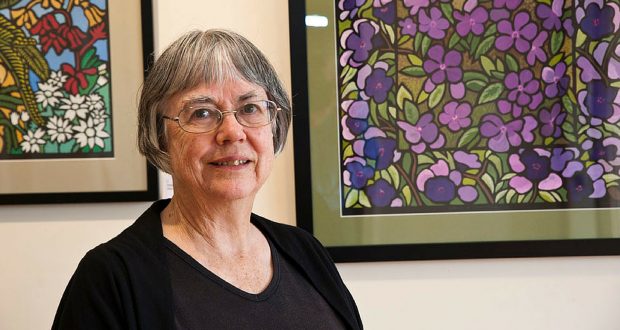 Journey’s recent focus on smashing the glass ceiling in the church has forced many to confront how issues of gender, equality and theology coexist in the church. Rev Dr Geraldine Wheeler reflects on her past brushes with prejudice before Queensland inducted its first female moderator in 2011.

In the Journey article “Seven ways to smash the glass ceiling” (July 2016 edition) Colleen Geyer was asked why it took 30 years for the Queensland Synod to elect its first female moderator.

It is a question that I and no doubt many others have often pondered. The first moderator in the NSW Synod was a woman, perhaps because there the Congregational Church—the only church entering the Uniting Church in Australia which had ordained women to the ministry for many decades before union—was much stronger.

There can never be a definitive answer given to the question, but I have some memories from the 1980s upon which I reflect.

When the Queensland Synod met in 1985 there were two women amongst those nominated for moderator: Dr Val Webb and myself.

I recall a number of people expressing their expectation that a woman would be elected. However, this was not the case.

At the Synod meeting in 1986 there was a guest speaker, David Pawson, an Englishman whose talks on tape were studied in some congregations. Many of us had never heard of him.

The main thrust of his address was that the church disobeyed God by allowing women in positions of leadership when God only related to women through men. Women were to be silent in the background. I and others were so shocked that we could not find a way to challenge him in question time. We wrote our biblically-based challenges later.

I sensed that those who already objected to the ministry of women were strengthened in their views and some others were influenced. There was a conservative swing in Queensland. In that decade I also experienced men in leadership sometimes being over-protective of women ministers, for example, withdrawing a woman’s name from negotiation with a parish when it was learned that a few people there objected to women ministers.

When the role of moderator became a full-time position there were other considerations to take into account. Although I was approached about nominating again, the timing was never right in relation to placements which I would have had to leave if elected.

Two women ministers, Rev Dr Norma Spear and Rev Gerda Olafsen, were nominated on several occasions. It is difficult to know why the glass ceiling was more difficult to smash in Queensland than in other states, although it took longer here in other professions also, such as teaching in the state school system.

At least the Synod has now experienced the God-given gifts of Rev Kaye Ronalds which were used wisely in her moderatorial role.

Rev Dr Geraldine Wheeler served the Uniting Church in placements at Iona, West Mackay, Wolston, Nambour and Merthyr, and is an artist who also coordinates the ecumenical group of artists known as Visionaries.