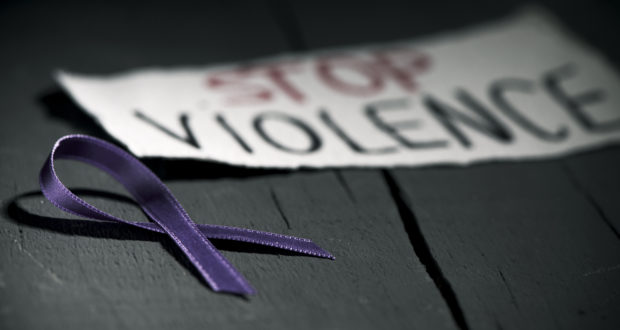 a purple ribbon for the awareness about the unacceptability of the violence against women and the text stop violence on a piece of paper, on a dark gray rustic wooden surface

Join Welcoming Cities in Brisbane 2–3 April as we bring together local, national and international practitioners, policy-makers, researchers, business innovators and civic leaders to share and discuss the challenges, benefits and opportunities of migration, settlement, cultural diversity and inclusion.

President of the Uniting Church in Australia Dr Deidre Palmer has issued a pastoral letter and a prayer to Uniting Church members six months after the 15th Assembly meeting.

In the letter Dr Palmer expresses her deep gratitude to church members who have listened to one another with open hearts and entered into challenging conversations around Assembly members’ decision on marriage.

The Diversity Council of Australia has released a statement that debunks the so-called African youth crime wave with the facts on crime in the Victorian community. They explore the reasons why young people with African backgrounds do get in trouble with the law, the selective coverage of crime, the impact of all this, as well as a constructive approach in addressing these issues. These issues are of particular concern to the young people from South Sudanese backgrounds in the Uniting Church in Queensland.

The latest National Community Attitudes towards Violence against Women Survey (NCAS), led by Australia’s National Research Organisation for Women’s Safety (ANROWS), demonstrates that while Australians’ attitudes towards violence against women and gender equality are improving, too many still hold opinions that are at odds with women’s lived experiences and the evidence. Despite increased discussion on sexual harassment and violence following the #MeToo movement, it appears that many in the community were quick to dismiss or explain away women’s experiences of sexism, violence and abuse.

Because of her, we can

The NAIDOC 2018 theme, “Because of Her, We Can” reflected on the vital roles played by Aboriginal and Torres Strait Islander women at the family, local, business and national levels. A new e-Book from Femeconomy and Ngiyami Pty Ltd features 12 stories of strength, resilience, hard work, creativity and intelligence. It offers a new perspective on how to share, to lead and to succeed in business. A good one to add to your reading list.

To battle depression, we changed how we work

Depression rates are high among lawyers and law students in Australia. Meet a Christian career lawyer who is passionate and positive about his work and his firm. The changes made in his legal practice have made significant improvement to the wellbeing of their staff. A very interesting read.

Federal Parliament has passed the country’s first Modern Slavery Act. The law requires companies with a turnover of more than $100 million to report on their efforts to address modern slavery in their operations and global supply chains.

Australian Human Rights Commission President Rosalind Croucher congratulated the government for its commitment to tackling modern slavery and promoting corporate transparency. She said the commission looks forward to working with business, civil society and government to ensure the effective implementation of the landmark legislation.

Prepare for that day of the year

Creative Spirits has put together a few options for this Australia/Survival/Invasion Day. There is information about the history of the day, and an Aboriginal event in Brisbane at Emma Miller Place, Roma Street. There is poetry, stories, writing, a rap song, and much more.

NITV (channel 34) is screening Aboriginal movies all this week. Look for Black Comedy, Connection to Country, We don’t need a map, Samson and Delilah, Occupation: Native, Servant or Slave, and many more.

The video message accompanies the Uniting Church’s 2019 Day of Mourning Resource provided for congregations and faith communities to use in the lead up to January 26.