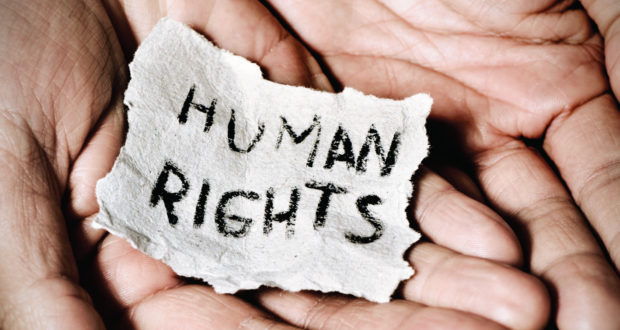 July 19 marks six years since the “PNG Solution” was announced, ensuring that people seeking asylum arriving by boat after 19 July 2013 would be sent to a detention facility in Papua New Guinea’s Manus Island, and denied the opportunity to ever settle in Australia. The call of #SixYearsTooLong will be echoing across Australia as we approach this sobering anniversary. On Saturday 20 July, thousands around the country will gather to mark this anniversary and demand the immediate safe resettlement of all refugees and people seeking asylum on Manus Island and Nauru. Brisbane’s rally will be at Queens Park, cnr Elizabeth and George Sts, Brisbane CBD at 2pm.

UnitingCare Australia has warned of the possibility of a “perfect storm” emerging in aged care, as older Australians face the prospect of being unable to access the support they need. This is due to a deepening crisis of providers lacking the financial resources to meet the demands of quality service provision. Read more here.

Ken Wyatt AM MP, the Minister for Indigenous Australians, has announced the Federal Government’s promise to “bring forward a consensus option” during the current term of Parliament. The Statement of the Heart, developed at Uluru in 2017, demanded an Indigenous advisory body be added to the nation’s founding document. Mr Wyatt said the Government would design the model with First Australians in what is good news for all Australians.

Unpaid wages to be settled in Queensland

The Queensland Government has settled a long-running stolen wages case for $190 million, with thousands of Aboriginal and Torres Strait Islander people seeking to recover wages earned over three decades. The settlement has been agreed in principle by both parties and will now go the Federal Court to have the settlement approved.

The Preamble to the Constitution of the Uniting Church states that “As the Church believes God guided it into union so it believes that God is calling it to continually seek a renewal of its life as a community of First Peoples and of Second Peoples from many lands.” Assembly has a “Walking Together as First and Second Peoples Circle” to encourage members of the church to see a destiny together, praying and working together for a fuller expression of our reconciliation in Jesus Christ. The Circle is a space for walking together, for listening to and sharing the experiences of our Indigenous brothers and sisters. You are invited to join the Circle!

The ABC’s Play School has welcomed a new Aboriginal toy to its soft and cuddly cast during NAIDOC Week, introducing the doll called Kiya to the show in an Acknowledgement of Country special. The doll’s name Kiya means “hello” in Noongar language. She is from Noongar country, which is in the southern corner of Western Australia. Kiya is a modern representation with connection to land, being a Noongar girl – this is a first. Watch the episode with the children in your life.

Our share of global CO2 emissions from domestic use was about 1.4 per cent in 2017. If you account for fossil fuel exports, Australia’s global carbon footprint lifts to about 5 per cent (equivalent to the total emissions of Russia – ranked 5th biggest CO2 emitter globally.) The latest report from Climate Analytics evaluates the significance of Australia’s carbon footprint. Interesting reading.

What can Australia learn from other international experiences to plan our own just transition? Around the world, governments and stakeholders are considering how to implement a “just transition“ from coal to clean energy – a transition that’s fair for local workers and communities in coal regions. Some countries including Germany and Spain are delivering major just transition packages. Others are being less successful. So far, Australia has done little planning for the transition. Here are four important lessons from the writers.

Plan for a better way

The Queensland Government has introduced their Waste Management and Resource Recovery Strategy for Queensland. It will provide benefits in the form of economic growth and job, extract more value from our waste and protect the environment. In 2017-18 55 per cent of waste went to landfill and 45 per cent was recycled or recovered. Read more here.

This article explores several cases of people deported and others who are at serious risk of deportation to Sri Lanka where there is good cause to believe they are at serious risk. The history of the situation is explored along with evidence of what happens when they are sent home.

The relationship between mental health, housing and homelessness is complex. The Australian Housing and Urban Research Institute has published an updated brief on this topic. Major life events and a person’s circumstances (mental health status, housing engagement, income, family support etc) interact so that mental ill-health can lead to homelessness and, vice versa, homelessness may act as a trigger for mental health.

The Mission Australia Youth Survey is Australia’s largest online youth survey, providing a platform for young people aged 15 to 19 to “speak up” about the issues that really concern them. This year the survey turns 18 and they want to reach as many young people right across Australia as possible. The survey gives valuable insights into the lives of young people and an understanding of their aspirations, values, concerns and ambitions. It is a snapshot of how young people feel about their own lives and broader national issues. Closes on 31 July. A toolkit is available for organisations/schools/groups.

Got a big vision for our world? Share it!

TEAR is getting ready to share its next big vision for renewing our world and is looking for some courageous storytellers. People who are taking on the challenge to live more sustainably and are willing to share their journey to encourage others. If that’s you they’d love to hear from you.

Join the call for Human Rights

Our lives are better when we all treat each other with respect and compassion. That’s why we need an Australian Charter for Human Rights and Responsibilities: so everyone’s rights are properly protected and people and communities have the power to hold governments to account. The Human Rights Law Centre is leading this campaign. Sign up and sign the petition.