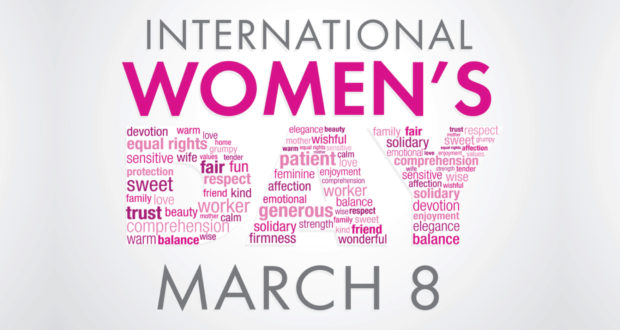 International Women’s Day (IWD) is celebrated around the world on 8 March and is a day to reflect on how far we have come and how far we still have to go to truly achieve gender equality. This year’s theme is “More Powerful Together”, recognising the important role we all play as women, men, non-binary and gender diverse people. It takes all of us, working in collaboration and across that which sometimes divides us, breaking down stereotypes and gendered roles to create a world where women and girls everywhere have equal rights and opportunities.

Resources are provided by UN Women Australia to help you organise an event in your community.

A tour through OzHarvest headquarters

OzHarvest CEO Ronni Kahn smiles, curls her fingers to make a fist and knocks her knuckles gently on the table. “One hundred million meals,” she says. Read about this woman and the organisation she started 14 years ago. Inspiring…

The Climate Council’s latest report, Weather Gone Wild has found climate change is increasing with an increase in the frequency of/or severity of extreme weather and that Australians are suffering as a result. Australia is one of the most vulnerable developed countries in the world to the impacts of climate change. Read the report.

This interesting report looks at how multicultural young people are faring; culturally, socially and economically. This is the first national study of young people from migrant and refugee backgrounds.

Australia’s young people are more mobile and culturally diverse than ever before. While this brings many advantages, multicultural young people face challenges that are not well understood by the community or government, such as discrimination, intergenerational conflict and insecurity. Read more.

There is a new war on Australia’s doorstep. After 57 years of sporadic fighting, military crackdowns, killings and detentions by the Indonesian authorities against the West Papuans, the Free West Papua Movement (OPM) last week declared war on the Indonesian government. Speaking in Port Moresby, chairman Jeffrey Bomanak said fighting wouldn’t end until Indonesia came to the negotiating table to discuss independence for the West Papua region.

First Dog on the Moon’s List of Nice Things

There is so much of everything that is quite dreadful all the time, so First Dog picks out his favourite nice things. What are your “nice things”; those things that restore your equilibrium or give you hope for the future?

Here are a few of mine: looking at a new baby’s hands and fingers, looking closely at a flower, bees, hearing children call for change in our world. What are yours?