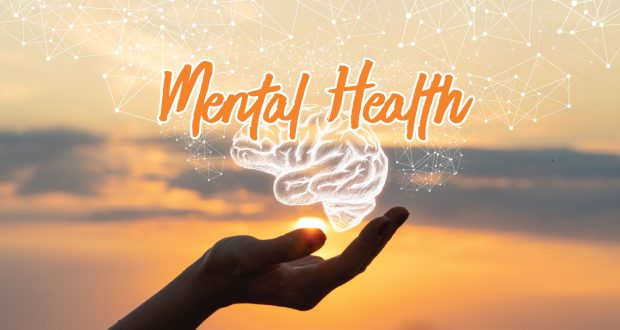 “Earth Overshoot Day” marks the day in the year when we, the people of earth, have already consumed as many resources as the earth can replenish in one year. Getting earlier each year. We are looking to take action together with other Christian churches on 29 July. You can find a good clip from the World Wildlife Fund here and a slightly longer one from the Al Jazeera media outlet here. The core idea is to mark the event through a tolling of the bells, but there are a lot of ways this could be accompanied or embodied locally in prayer or conversation or however you see fit. More information next week!

Mental health issues will affect almost half of us in our lifetime. Church communities are particularly placed to welcome and include people with lived experience of mental illness, their families and friends. During Mental Health Week (October 5 – 13) you could organise an event, however large or small. How about taking action to address stigma; or creating an opportunity for people to take time out to do something nice to boost their mental well-being?

Sunday 13 October is the Day of Prayer for Mental Health. The Queensland Synod has passed a resolution calling on all congregations to include special prayers in your service on that day. Perhaps you could hold a vigil or special service to recognise mental health issues and people you know who are affected in some way. Resources for 2019 will be available on the Synod website within two months.

“It is a deep concern for me that people could use religious cover to marginalise already marginalised groups or discriminate against those already discriminated against,” Father Bower said. Read more here.

The “fast track assessment process”, a collection of policies introduced in late 2014, has left thousands of genuine refugees in limbo and made lawful what would otherwise be considered gross administrative misfeasance. This article is written by a lawyer who has represented many fast track applicants in the federal courts.

At the end of May, the Community Refugee Sponsorship Initiative (CRSI) launched a new vision for an expanded and improved community sponsorship scheme at a community summit in Melbourne. The CRSI vision will allow ordinary Australians and community groups to sponsor and welcome refugees to Australian communities at minimal additional cost to the taxpayer.  It will also expand Australia’s response to the global refugee crisis and build and strengthen local communities and goodwill. The Refugee Council of Australia is a founding member. The Sidney Myer Fund will provide significant funding over the next three years to support this work of establishing a Canadian-style community refugee sponsorship scheme in Australia. Find out how you can help.

How did it come to this?

Imagine losing your eye in an assault and going slowly blind in the other but having no medical treatment available. Or having your kneecap torn loose, causing intense pain and swelling, but being given nothing but paracetamol and a bandage. Or having a stroke, and needing to see a neurologist, psychiatrist and a cardiologist, but being offered aspirin. These things have happened to refugees held offshore, on Australia’s watch. How did it come to this?

The right trees, planted in the right locations, could store 205 gigatons of carbon dioxide. We have heard for years that planting trees can help save the world from global warming. Now the data finally exist to prove it! Read more in this interesting article from Scientific American.

We will move forward together with mutual respect, recognition and a willingness to speak the truth about our shared history. Find out more.

How many seasons in a year? Think again!

Depending on where you live, there may be as few as three or as many as six or seven! The CSIRO has worked with a number of Indigenous language groups to create a series of calendars representing their seasonal and ecological knowledge. Language groups come from parts of the Northern Territory and Western Australia. These are beautiful posters to display. There are interactive versions available online, such as this Larrakia calendar.

Listen to this broadcast by the ABC’s Afternoons program in Melbourne – six minutes only. Churches in Maroondah are opening at night to homeless people needing a warm place to sleep. Empty buildings like community halls are being used by a Victorian programme, Winter Shelter.

Missing out on care in the NDIS

If you’re female, poor, or live in rural Australia, you’re less likely to access the NDIS or get as much bang for your buck. While the National Disability Insurance Scheme (NDIS) has made incredible improvements to the lives of many Australians living with disability, not everyone benefits from the scheme in the same way. The University of New South Wales recently published a review, which explored inequalities in accessing and using the NDIS.

Some of the nation’s biggest brands are in damage control following allegations in their supply chains, but modern slavery experts say it should come as no surprise. What can you do as a consumer? Find out more in this article.