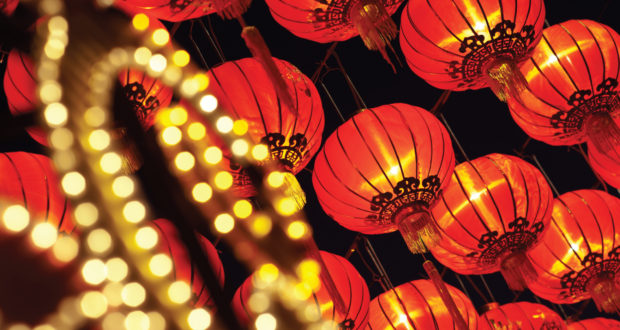 How do we appreciate our world?

It matters not whether we can claim Celtic roots or not; it is within all of us to look at the landscape with spiritual and physical eyes and begin to appreciate it for what it is. A growing passion for the beauty of the world in which we work can lead to a renewal in our attitudes to the mundane tasks that we face day by day.

Every creature, every plant,
every rock and grain of sand
proclaims the glory of its Creator,
worships through colour, shape,
scent and form.
A multi-sensory song of praise.
Creator God, may we join
with the whole of your creation,
in praising you, our Creator,
through the fragrance
and melody of our lives.

As part of climate week, on Friday 7 June 7-8.30am, ARRCC Queensland has pulled together a breakfast to network, explore ideas of faith and what it means for how we respond to climate change and our growing ecological crises. Featured speakers include Scott Stephens (editor of the ABC’s Religion and Ethics website) and David Clough (Professor of Theological Ethics in the Department of Theology and Religious Studies at the University of Chester.) Tickets can be accessed via the Facebook page. An important event – Sue Hutchinson, Mission Officer (Social Responsibility), will see you there!

“Best night of the year!”

Sue Hutchinson highly recommends the Luminous Lantern Parade—an annual festival where Queensland says “welcome” to our newest Australians and celebrates our diversity. It is on Friday 7 June, assembling at 5.30pm on the Cultural Forecourt at South Bank. Our multicultural Uniting Church (an event partner) will be one of the community groups with a large lantern to carry in the parade—a big red dove (like in the church logo). Please join us and be part of this fun, spectacular celebration and help spread the message that the Uniting Church says Welcome! Please email Levon Kardashian or Sue, to let us know you are interested and to get up to date details for the night.

From 16-22 June we will celebrate the stories of refugees from around the world. Their resilience and the strength refugee communities offer our society will be honoured.  Refugee Council of Australia invites you to get involved with their initiative “Share a meal, Share a story”.  Hold a breakfast, morning tea or dinner with the online recipes you can access here. Register your event and order your Refugee Week pack. Other helpful resources are provided. Refugees and people seeking asylum and the issues they face are a key social responsibility issue for the Uniting Church in Queensland.

Where to next for the Uluru Statement?

The commencement of a new term of government heralds the start of the nuts and bolts work of designing a referendum to implement a Voice to Parliament, one proposal arising out of the Uluru Statement from the Heart. Read this report on progress made toward a referendum on this matter.

What do First Peoples think about violence against women and gender equality?

The Australian Council of Social Service (ACOSS) congratulates members of the new Morrison Government Ministry. They especially congratulate Minister Ken Wyatt, who has been appointed Minister for Indigenous Australians. This historic appointment hopefully marks a new era in relations between the government and First Nations peoples—one centred on self-determination for Aboriginal and Torres strait Islander peoples. Read more here.

Experts are concerned young people are failing to understand that controlling and coercive behaviours are forms of domestic violence. The national report on Community Attitudes Towards Violence against Women pulled out information about people aged 16-24. The survey of attitudes found one in five young men did not understand using technology to track their partner’s movements was abusive. Nearly one quarter thought women liked being persistently pursued, even when not interested; and 16 per cent didn’t realise harassment by repeated texts or emails was a type of violence. It seems to come from a false belief that one person should have control over both people in the relationship.

Between 2016 and 2018 over 480 prosecutions were made for choking, strangulation or suffocation in a domestic setting. This offence was introduced in Queensland in May 2016, after it was found that strangulation was a key predictor of domestic homicide. This is a surprisingly prevalent offence; the penalties are significant; it crosses all socio-economic boundaries and can happen anywhere in any family.

How easy is it to become homeless?

To be an intelligent, kind, articulate person and one day find yourself sleeping on the streets? Just ask Rachel (not her real name), 37, who grew up in a middle-class house in Melbourne’s north-eastern suburbs, and who now sleeps in parks at night.

Scientists announce: Atmospheric carbon dioxide levels recently hit another record—415 parts per million. Why does this matter? Atmospheric CO2 levels are directly correlated with rising global temperatures. Why not just monitor temperatures? Monitoring CO2 levels help scientists keep tabs on global progress on addressing climate change—and how quickly global climate targets are approaching; it also helps monitor the global carbon cycle – how much is emitted and how much is soaked up by forests etc. This is a helpful and informative article from Scientific American.

Did you know that cosmetic and personal care products are notorious for including microplastic ingredients? These tiny plastic particles are not filtered by sewage processes and so they end up in the sea and eventually in our food chain, posing risk to animals and people. “Beat the Microbead” is an international organisation helping you find products that guarantee to use none of the known 67 microplastic ingredients. Here is their Australian list. Start to include these products in your bathroom.

Turkish photographer Uğur Gallenkuş portrays two different worlds within a single image.
Combining a pair of side-by-side photographs—one of the Western world and the other of the Middle East—he highlights how, despite living on the same planet, these places couldn’t be more different.

Beautiful and very moving. What does this say to you about the lives we live, the choices we make, our priorities?