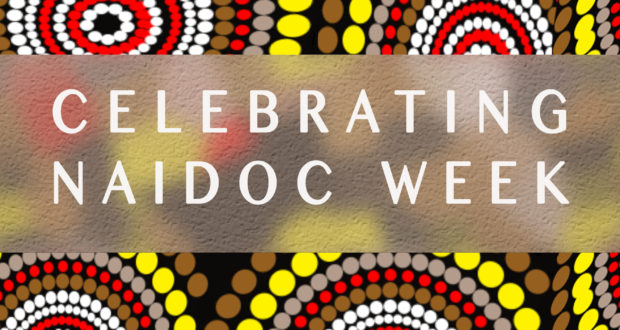 8–15 July marks NAIDOC Week. This year the NAIDOC committee have made available every poster produced from 1972 until 2018. The first poster in 1972 promoted “Aborigines Day”, which was widely accepted as a day for Australians to come together in support of improving rights for Indigenous people. Take the time to look at these posters, as they represent the recent history of the struggle for rights and recognition of Australia’s First Peoples. If you are at the Queensland Synod Office in the two weeks from Wednesday 4 July, visit the dining room on the ground floor to see all the posters displayed.

New Farm Cinemas will screen Border Politics, a new documentary from 6–8 July at 2 pm. This film is about the problem facing the western world of people seeking asylum. The film crew follow well-known lawyer and refugee advocate Julian Burnside around the world as he investigates the attitudes of governments and people on this question. Book online as the film is proving popular and tickets may not be available at the door.

“There is no excuse”

Bruce Bonyhady, one of the architects of the National Disability Insurance Scheme, says the NDIS must be fixed—there is no excuse for the staffing caps imposed on the Commonwealth agency (NDIA) running the scheme.

Greg is a man with lived experience of homelessness—25 years in Sydney, Brisbane and north Queensland. He recounts his experiences of being “invisible” and how being bashed was actually a relief—“at least the thugs were engaging with me”.

So, what to do when you come across a homeless person? Greg’s answer is quite simple …

Everybody’s Home is a campaign about fixing Australia’s broken housing system. It includes a helpful animated explainer of all the different terms such as community housing, public housing, social housing and affordable housing. Scroll to the bottom of the page and join the campaign to fix the system.

Stuart McMillan, President of the Uniting Church in Australia, reflects on the work that’s been done and on that still to do, and offers a parting blessing in his final address. Take five minutes to listen to his message.

2018 marks 100 years since Palm Island was established as one of Australia’s harshest Aboriginal and Torres Strait Islander settlements. In its centenary year, how has the community coped with its brutal past, and what do the next 100 years look like? Watch the NITV Living Black show Palm Island Centenary available on SBS On Demand.

A successful outcome in their fight for justice, human rights and equality!

“You hate us that much?”

The mother of the refugee who recently killed himself on Nauru berates Australia. She had repeatedly begged the Australian Border Force and the camp manager for help for herself and her two sons—her younger son is only 12 and is at acute mental health risk according to doctors. They have been incarcerated on Nauru for five years. Her full desperate letter is printed with her permission.

The BBC has released new footage in which the devastating impact of plastic pollution on wildlife has been captured. The documentary is part of a BBC initiative called Plastics Watch, tracking the impact of plastic on the environment. There are many ways we can take action to reduce our plastic footprint.

Amnesty International reports that a young man was executed by lethal injection in Thailand last week. He was just 26-years-old. This came as a shock to his family who never got the chance to say goodbye. He was allowed just one phone call to his wife shortly before his execution. No more families should have to go through this! This death is the first execution in Thailand since 2009 and there are now grave fears for others in Thai prisons. Take action now!