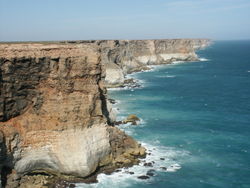 The Death of a King

The Reverend Doctor Noel Preston, AM will deliver a lecture titled “The Death of a King: an Australian reflection on the 50th Anniversary of the assassination of Martin Luther King Jr.” on Monday, 23 April at St Matt’s Anglican Church, Holland Park.

The Asylum Seeker Resource Centre’s (ASRC) is running a workshop on Saturday 21 April in Brisbane for anyone who wants to achieve lasting change in community attitudes to people seeking asylum. This workshop will provide you with the tools to speak positively and effectively, and is based on ground-breaking research. You will learn how to have persuasive conversations, discover where to best focus your energy, and meet like-minded people who want to make a positive difference. RSVP via email here is essential.

Why is the number of people experiencing homelessness increasing? What are we doing about it? Who are the real people behind all these statistics? 2SER – Real Radio 107.3 FM chats to Katherine Smyrk, deputy Editor at The Big Issue. The latest edition of the magazine breaks down these statistics and helps us understand the real human impact of what these numbers mean. Find your local Big Issue seller and buy one at only $7.

The Guardian reports that up to 750km of coastline was put at risk of contamination from possible oil spills by BP’s plan to drill in the Great Australian Bight, newly released documents show.

Government documents released under freedom of information laws show a major oil spill in the sensitive seascape would pollute up to 750km of beaches and shoreline, with the company also outlining that drilling could disrupt migration of the endangered southern right whale.

Elyse Methven, Lecturer in Law at the University of Technology in Sydney, has called for reform to reduce rates of Indigenous incarceration, after a report prepared by the Australian Law Reform Commission was tabled to parliament.

In a piece for The Conversation, she writes that imprisonment statistics for Indigenous Australians have increased by 41 percent in the ten years to 2016.

Renewable energy subsidies are skewing the development of solar and wind farms away from the best available sites because they are not matched with resources to improve network access.

According to NSW network operator TransGrid, strategically planned renewable energy zones, supported by greater interconnection, would deliver “the lowest priced energy and system security” for consumers, the network operator said. But the renewable energy target, on track to cost $2.3 billion this year in subsidies, was failing to encourage development of wind and solar projects in the right places.

Forest biomass combustion is being promoted by industry and governments as one of a number of false solutions to climate change, here and overseas. Changes to the federal Renewable Energy Target mean burning native forests can now count as renewable energy, so the forestry industry is looking to ‘biomass’ from forests to access ‘subsidies’.

Here in Australia the Commonwealth and NSW Governments have changed legislation to allow burning of native forest wood for energy, and other States either already allow it or are moving to do so.

In NSW the Department of Industry has recently released a report suggesting that more than a million tonnes of wood from trees that would otherwise not be cut down could fuel 3 new wood-fired power stations in northern NSW. These same forests are part of a Global Biodiversity Hotspot and provide habitat for dozens of Rare, Threatened and Endangered species, such as the Koala.

The Uniting Church in Australia joins other refugee advocates in calling a reversal of the government’s harsh changes to the financial support of people seeking asylum.

“People depend on these payments and support services to rebuild their lives. Like us, they want freedom, safety and the ability to care for their families. They deserve to live with dignity – not be forced into destitution.”

Find out what you can do visit the Refugee Council website