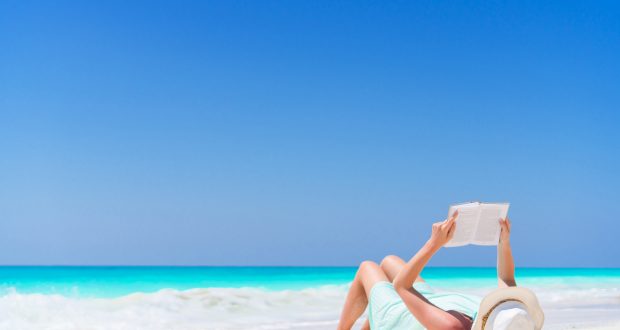 At the start of a new year, Nick Mattiske looks back on 2019’s book releases and picks some favourites.

As the Trump presidency careened on through 2019 like an out-of-control cement mixer, we continued to wonder why he was elected and why he continues to be supported.

In Choose You This Day Paul McGlasson compares evangelical support of Trump to the German churches’ support of Hitler (and looks to Bonhoeffer and Barth as examples of alternatives to capitulation). McGlasson writes that “Trump is not Hitler”, but he does outline disturbing parallels between the way German churches bought into German nationalism, conflating religion with soil and blood, and distorting scripture in order to do so, and the way evangelicals have been happy to buy into Trump’s racism, xenophobia and bullying, under the assumption that God is using Trump for the purpose of making America Christian again.

The Lives of Great Religious Books series from Princeton University Press is excellent, looking at how these classics came to be, and how they have been received in popular culture. 2019’s releases included Joel Baden’s Book of Exodus. Judaism revolves around the story of the Exodus, and the Passover celebratory meal, the Seder, which in turn was reimagined as a central feature of Christianity in the Eucharist. The story lends itself to the fight against all manner of oppression. For Luther and the Reformers, the Pope was pharaoh, for the American Revolutionaries, the English king. The story inspired the civil rights movement, with Martin Luther King, in his last public speech, just before he was murdered, speaking of equality as the promised land and, famously, in an eerily prophetic turn, likening himself to Moses, who of course led the people to the promised land but didn’t enter it.

Reading Miles Hollingworth’s biography of Saint Augustine doesn’t quite prepare you for his extraordinary new book, Ludwig Wittgenstein, but the two subjects are linked, having an interest in the relation of the personal and emotional to truth and logic, human freedom, and how the way we talk about things covers deficiencies in our ways of thinking (all relevant to our own time when western society is subservient to the scientific methods of efficiency, utilitarianism and naturalism). Inspired by Wittgenstein’s unorthodox philosophical methods, Hollingworth avoids straight-forward biographical storytelling and throws himself into the story, getting angry, excited, side-tracked—anything but disengaged, just like Wittgenstein, who, famously, lived out his calling in the midst of the unpredictability of life.

Painter and writer Tom Carment’s beautiful book Womerah Lane is a series of writings, largely about place, beginning with his neighbourhood in Darlinghurst, where he has lived much of his life, spiralling out to the bush and beaches around Sydney and outback South Australia. Like the drawings and paintings in the book, his writing is sprinkled with loose detail, delighting in character, subtle, not pristine or showy, accessible, capturing a moment, anecdotal. I particularly like how, for the Sydney Opera House’s 50th anniversary, he decided to paint its steps rather than its sails, which says something about his eye for the less-dramatic and human-scaled.

Bill McKibben can be counted on to alert us to the latest on the perilous ecological state of the planet, and he does so in Falter, cataloguing extinctions, famines, sea level rises, plastics contamination. He has a flair for picking out the arresting anecdote to bring home the message, such as the fact that the supposedly impenetrable seed vault in Norway, which is meant to safeguard against climate change catastrophes, was recently flooded by unprecedented permafrost meltwaters created by … yes, climate change. And his Christian ethics informs his discussions of the ideology of selfishness that drives powerful people into stalling justice for the poor, marginalised and future generations, who are most affected by global warming.

On the Marsh by Simon Barnes is one of the many nature writing titles released in the UK each year, and while it may be about a specific part of Britain (East Anglia) and animals less familiar to Australian readers, it is both a warm and light-hearted meditation on more universal themes of caring for the natural world beyond our backyards in practical ways, and how nature can heal wounds and orient us to what is important. Although Barnes reiterates that we can’t take moral lessons from nature—along with beauty, death and brutality are parts of nature—there are interesting parallels between the way he writes about his son Eddie, who has Down’s Syndrome, as an individual, not a type, and how keen observation of nature alerts us to the individuality of animals. He also writes about how nature helps us accept vulnerability, which is entwined with loss, but also with love.

More on these books can be found at Nick’s book reviews site.