Home > Scoop > Take the time to give thanks 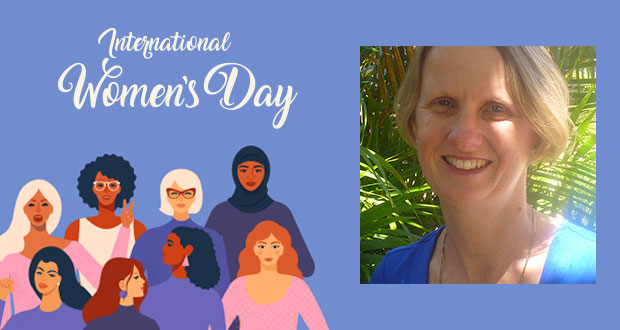 Take the time to give thanks

Rev Linda Hanson looks at iconic women throughout history as she reflects ahead of International Women’s Day.

This was the headline that greeted the world on 25 February. On hearing the news, Barack Obama, former USA President tweeted: “After a lifetime of reaching for the stars, today, Katherine Johnson landed among them. She spent decades as a hidden figure, breaking barriers behind the scenes. But by the end of her life, she had become a hero to millions — including Michelle and me.”

As we near International Women’s Day, if we look to the life of the church we see many hidden figures—women changing the church and their community for the better.

After years of advocacy by Gertrude Stewart, the Methodist ladies’ chaplain at Boggo Road Prison, the Methodist Church bought a four-acre farm at Geebung as a rehabilitation centre for discharged women prisoners. Mrs Stewart saw that “young women were turned out of jail in the early hours of the morning with little or no money in their purses and without a friend in the world. She said the girls finished up back in prison and building a home on similar lines to the William Powell Home would be a big step on the road to rehabilitation for many girls.”

In 1962 Stewart Lodge was opened to assist female prisoners to fit back into society on their release. Believed to be the first of its kind in this state, the home helped women re-establish themselves as useful members of the community.

Look at the history of Lifeline in Queensland. Permission to set up Lifeline had only been granted by the Methodist Conference on condition that no appeals for funds were made through the churches. The first fundraising event in 1964 was a doorknock collection. Iris Alcorn remembered: “The media supported us wholeheartedly and the citizens of Brisbane were waiting for collectors to call. It was very successful.”

The idea of thrift shops resulted in the forming of Lifeline Industries, a non-profit organisation assisting Lifeline and other Christian Education ventures.

“Under its umbrella various business ventures were opened—new furniture shops etc., in addition to Lifeline’s second-hand furniture mart. These and many other efforts supplemented the annual doorknock appeal.” (Iris Alcorn)

Olive Smith, our first Blue Nurse, took opportunities to make changes during her last 10 years as Director of Nursing, Domiciliary. One change was ending the practice of putting people to bed at 3pm, even though this involved her having to go back in her own time in the evenings. Olive Smith’s nursing also tied in with Crossroads as there was a registered nurse on every tour. Olive would give up her holidays to accompany Crossroads on day trips to places like the Big Pineapple or around the world.

These are just a few examples from our history and I give thanks that we have been bequeathed this strong legacy of mission and innovation. These stories are being replicated around us with women breaking down barriers and changing the church and their community for the better.

This International Women’s Day I invite you to take the time to give thanks for the women in your life who are changing the world for the better, and to ask what we can do to continue to live out our legacy.