Home > Scoop > The Atheist and the Protestant 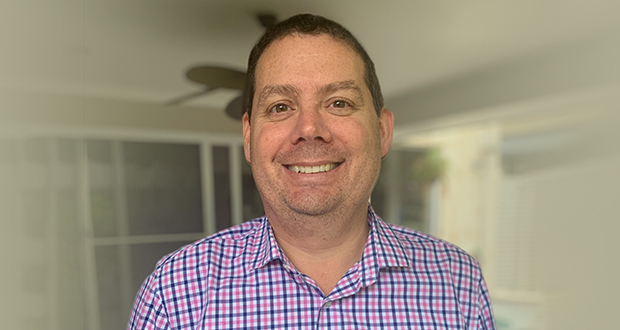 Fresh from his appearance on the No Humble Opinions podcast where he went head-to-head with an “atheist” on the topic of religion, Redcliffe Uniting Church’s Rev Paul Clark reflects on his experience and why he chose to take up the challenge.

Entering the world of defending your faith online is a daunting space! It is fraught with danger.

Indeed, some would say there is a fate worse than death these days—being cancelled online! So it was that I responded to an invitation by a local “atheist” to go “toe-to-toe” on the topic of religion on his podcast No Humble Opinions.

Ryan Elson is a ‘73 vintage white male who has lived a full life. Divorce, death, disappointment have all visited his door—having your 18-year-old son die of cancer is nothing trivial—yet he has come out the other end wanting to add value to life, not add to the hell he has experienced.

A past police officer, real estate agent and confirmed atheist (until a recent run-in with a clairvoyant), he’s sick of the politically correct “bullsh–t” (his word, not mine) in our world, and is convinced honest, raw, open conversation is the answer, not the problem.

I’d met and chatted with Ryan before and saw his work in our community starting, what is for all intents and purposes, a church without God called Tribe. The one positive from losing his son was understanding the value of community. He’s now determined to create community for people who don’t have any.

Ryan and I sat down for an initial coffee. It was flattering that my reputation in the community was enough for him to consider me for his podcast. I quickly understood his heart and intent, and happily agreed to go “live” on his show.

An hour-long unedited discussion of religion, with someone sipping beers and asking difficult questions is not everyone’s idea of a good time, but it’s something I enjoy. Something my years of ministry, reflecting, reading and writing has prepared me for.

It is dangerous though. It’s very easy to say the wrong thing, to misspeak or get your emphasis wrong—and the more confident you are, the more likely you are to do this. What is perhaps worse is to say exactly what you mean to say, exactly as you want to say, and find yourself rejected by the world. As a follower of the crucified one, that’s a very real possibility.

My experience though, is that once you correct the sound-bite Christianity most people know, folks actually warm to the faith of the Galilean carpenter.

When engaging in the public space it is very tempting to seek to win the argument. To engage in culture wars and posit the discussion as a battle of good and evil. I’ve learnt that you can win the argument but lose the person. What good it that? Peter gives great advice in 1 Peter 3:15 on how to “give an answer to anyone who asks you about the hope that you have … with gentleness and respect”.

I think there is nothing the powers of darkness fear more, than a reasonable Christian.

To listen to Paul on the podcast visit No Humble Opinions. Disclaimer: the podcast contains language that some might find offensive and the opinions expressed are solely those of the participants and do not necessarily reflect the views of Journey.