Home > Scoop > The Uniting Church a good example of unity 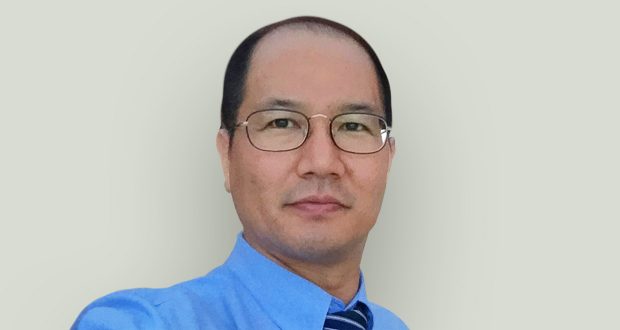 The word “unity” is generally translated into a Korean word 연합 (yearn harp, in Chinese 联合). Its literal meaning is to achieve a common goal together.

Partnership through MoU would be a good example. So, depending on what the common goal is and how long the goal lasts, unity may continue or discontinue. In other words, “unity” as 연합 can be temporary or permanent, also inclusive or exclusive as decided by members’ choice. Because it is different from uniformity, there may be multiple “unity”-ies based on members’ preferences and tendencies.

In this manner, “unity” as 연합 itself produces its own diversity with different directions.

There is another Korean word for “unity”; that is 합일 (harp ill, 合一). It is not about forming a group but about inviting people to join in a movement, regardless of who they are and where they are from, those in the movement do things together because they believe that they are one in doing such things. Watching the Olympic games is a good example because everyone cheers for their fellow countrymen and women. They do not need to know each other, but in the movement of cheering for the nation, they proudly join each other to become one. The second line of the Australian National Anthem has reflected the nation’s new face: “We are one and free”.

In this manner, “unity” as 합일 itself invites and embraces diversity to become one towards one direction.

The Uniting Church in Australia is another good example of “unity” 합일 as a movement because all work for the kingdom and the people of God towards the promised end. We do not need to be the same nor do the same things because we are more likely being riveted or welded rather than molded.

Luke’s Gospel 13:29 reflects upon the church in this movement, “People will come from east and west and north and south and will take their places at the feast in the kingdom of God.” The verse clearly shows the dynamic movements of people gathering at a place where God calls them. The gathering place is described as “at the feast in the kingdom of God,” which means it is a place where people worship, praise, pray and enjoy fellowship with God and with each other.

It is not referring to one designated particular place, but a place where the dynamics between God’s divine invitation and believers’ faithful movements witness to each other. So as long as we renew and revive ourselves into movements towards the heavenly feast, we experience the kingdom of God through worship, witness and service.

The late Rev Don Whebell said in his short study book, co-authored with Duncan Harrison, titled A Hitchhiker’s Trip through The Basis of Union, “The renewal of the Church will not be achieved by our human efforts, but by God as Trinity living in and through the Church,” and quoted Paragraph 4, “Through human witness in word and action, and in the power of the Holy Spirit, Christ reaches out to command people’s attention and awaken faith; he calls people into the fellowship of his sufferings, to be the disciples of a crucified Lord; in his own strange way Christ constitutes, rules and renews them as his Church.”

Paragraph 1 also highlights, “They acknowledge that none of them has responded to God’s love with a full obedience; they look for a continuing renewal in which God will use their common worship, witness and service to set forth the word of salvation for all people.”

Indeed, we are reforming and renewing ourselves as being reformed and renewed at the same time. So I should introduce one last word for “unity”: the word is 일치 (ill-chee, 一体), which means all become one living body/being intertwining and intertwined with/to each other.

Apostle Paul defines this kind of “unity” as 일치 as the body of Christ in 1 Corinthians 12:27. In Genesis 2:24, there is a Hebrew word אֶחָד (ecḥāḏ) as an adjective portraying “one-ness” between two people through marriage. Also in John 17:22b, “ἵνα ὦσιν ἓν καθὼς ἡμεῖς ἕν, that they may be one as we are one,” the Greek word ἓν is used in an adjective form, not a noun, stating that they/we become one living body that cannot be separated from each other. Henceforth, they/we cannot survive without each other.

In conclusion, I would like to invite you to revisit Ephesians 4:1-6. It preaches, “I urge you to live a life worthy of the calling you have received. Be completely humble and gentle; be patient, bearing with one another in love. Make every effort to keep the unity of the Spirit through the bond of peace. There is one body and one Spirit, just as you were called to one hope when you were called ; one Lord, one faith, one baptism; one God and Father of all, who is over all and through all and in all.”

Maybe this is how we, together as one living body of Christ, continue to reform, renew and revive ourselves for the church of God until Jesus Christ comes again.