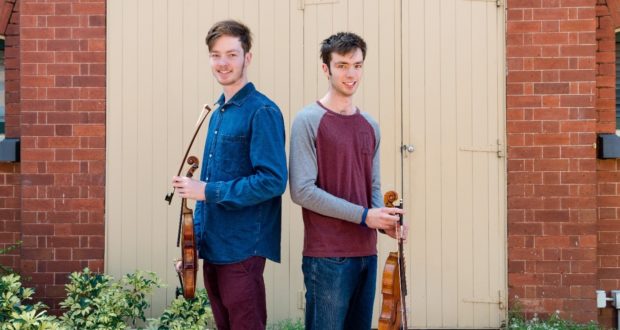 When Toowoomba brothers Jeremy and Harry Egerton moved to Brisbane at the beginning of 2018 to study at the Queensland Conservatorium, they knew that musicians aren’t always the most popular neighbours.

The Toowoomba Grammar alumni were looking for a strong community environment where their creative talents could flourish, but also where getting work done wouldn’t be a problem.

After looking at multiple accommodation options, the brothers decided that Raymont Residential College in Brisbane’s inner west was the right fit.

“We first heard of Raymont through a colleague of our parents,” says Harry. “Unlike other colleges, it seemed like it was pretty easy to get stuff done if you wanted to, but also to have fun.”

“We found it easy to transition and there is never a shortage of people keen to play instruments with us,” adds Jeremy.

The college has been hosting students since 1944, with staff and offices based in a heritage-listed mansion. Raymont is less than four kilometres from many major tertiary institutions and universities with access to all public transport options.

“It takes less than 30 minutes to get to university,” says Harry.

“It’s close to Southbank, all public transport and it’s generally a central location.”

“I use the gym and recreation house quite regularly,” says Harry. “There is also a practice room which is particularly helpful for us.”

The brothers’ parents who are still in Toowoomba have seen Raymont first-hand.

“They have had lunch here a few times and like the ethos of the college,” says Harry.

Raymont is not your typical residential college with points of difference including pastoral support and an alcohol-free policy, which suits the brothers.

“Being a non-alcoholic college, you don’t feel pressured to drink,” says Jeremy. “We can focus on studies.”

The Raymont Residential College Open Day will be held on Sunday 29 July from 9 am to 3:30 pm at 47 Cadell Street, Auchenflower. For more information, visit raymont.com.au