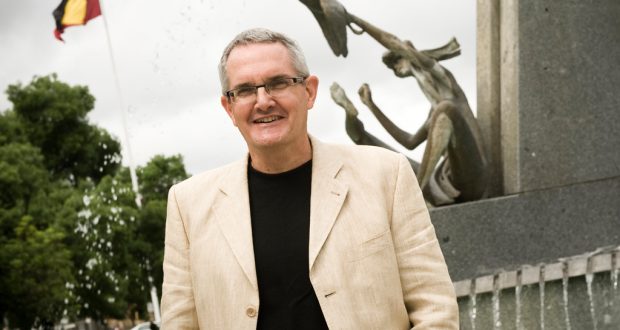 A reflection by Rev. Prof Andrew Dutney, Professor of Theology, Flinders University and Past President, Uniting Church in Australia

The headline conceals what actually happened in Melbourne this week. Without setting out to do so, the Uniting Church recovered its stated vocation of making visible unity in diversity.

Of course, the 15th Assembly of the Uniting Church in Australia did indeed make decisions that will allow ministers to conduct same-sex marriages. But it also reinforced the rights of ministers and congregations who remain committed to the traditional understanding of marriage as exclusively between a man and a woman.

No minister will have to conduct same-sex marriages if it conflicts with their beliefs. No congregation will have to make its property available for same-sex weddings if they don’t believe gay marriage is valid for Christians. In fact it is very unlikely that many ministers and congregations will see any difference in the teaching and practices that they are used to.

The intention of the initial proposal was that ministers who, in good conscience, are willing to conduct same-gender marriages should be allowed to do so. But it was also intended that this should not compromise the rights of those ministers who, in good conscience, cannot conduct same-gender marriages. They will continue to be able to teach their belief that marriage may only be between a man and a woman, and can continue to use a marriage liturgy that reflects that conviction.

In other words, without disputing the biblical and theological validity of the traditional understanding of marriage – in fact the resolution reaffirms the Church’s policy statement originally adopted in 1997 – the Assembly has approved an additional statement on marriage for the Uniting Church, also biblically and theologically valid.

The rationale to the proposal explained: “Within the diversity of our fellowship there are Ministers and Congregations who believe that the change in our social context that allows same-gender marriage is consistent with the Gospel, and want to be able to celebrate same-gender marriages as well as opposite-gender marriages. They are seeking the consent of the rest of the church to have this ability. They are not asking the rest of the church to agree with them, but allow them to follow their conscience in this way. The Working Group on Doctrine Report on Marriage and Same-Gender Relationships confirms the biblical and theological legitimacy of this request.”

Two doctrines of Christian marriage? Two expressions of that in “the rites of the Uniting Church in Australia”? How does that work?

Well, that’s the kind of thing that the Uniting Church was always supposed to be able to manage: unity in diversity.

The union of the Congregational, Methodist and Presbyterian churches in 1977 wasn’t an amalgamation or a take-over. It wasn’t for the sake of efficiency. It was three historic, proud denominations choosing to set aside the things that divided them for the sake of something bigger: the visible unity of divided people as a foretaste, sign and instrument of the reconciliation of the world to God in Christ.

In fact in its Basis of Union, the Uniting Church names the mission of God as “reconciliation and renewal for the whole creation”. And it says that “The Church’s call is to serve that end: to be a fellowship of reconciliation, a body within which the diverse gifts of its members are used for the building up of the whole, an instrument through which Christ may work and bear witness to himself”.

Making unity in diversity visible, is what the UCA was built for.

So, e.g., in addition to bringing together three contrasting, divided forms of historic church polity, the UCA’s Basis of Union specifically acknowledged Calvinist Confessions of Faith alongside the Arminian sermons of John Wesley as witnesses the Uniting Church must listen to and which ministers must study, even though Calvinist and Arminian doctrines of salvation are famously in conflict with each other. In the same way, from the beginning the Uniting Church has accepted a wide variety of views of the presence of Christ in Holy Communion, ranging from Zwinglian to Calvinist and Wesleyan, and assumes that some members and ministers lean more towards Lutheran or Catholic views. Much of the dividedness of Western Christianity involves conflict between these contrasting doctrines of the sacraments.

Holding together two doctrines and practices of marriage within the one diverse Church is the kind of thing that the UCA was built for.

Of course, by introducing an additional approach to marriage into the Uniting Church’s theology and practice the UCA is out of step with most other Christian churches in Australia. That’s something that would have given the Assembly pause for thought.

From the beginning, the Uniting Church was intended to be an expression of what God was doing with the whole church. Anything that would make the UCA appear to be sectarian and anything which would unnecessarily “denominationalise” the UCA was to be avoided. What it seeks is to be Christian – in the broadest sense; an expression of the One Holy Catholic and Apostolic church.

That doesn’t mean it can’t have policies and commitments that are different from other churches. For example the Uniting Church welcomes and celebrates the leadership of women in all parts of the church’s life, even though this is out of step with many – even most – Christian churches. The Uniting Church marries divorced people and accepts the leadership of divorced people even though many Christian churches would condemn this. And other churches know what the UCA’s policies and commitments are in such matters without questioning the seriousness and authenticity of its desire to be Christian – as truly and deeply as it can in contemporary Australian society.

Nonetheless, it is always something for the UCA to reflect on honestly. How will this decision affect our relationships with other churches?

In my report to the 14th Assembly as the retiring President I said:

“God is calling us to be a church which receives its diversity as the precious gift of the Holy Spirit that it is; a foretaste, sign and instrument of “that reconciliation and renewal which is the end in view for the whole creation.” Reconciliation doesn’t mean everyone being the same. It doesn’t mean one version of being human or being Christian replacing all the others. It means people and groups that are different and divided from each other being brought together in Christ to respect, value, trust and serve one another – in all our annoying, embarrassing, frustrating, frightening diversity. That’s profoundly challenging. It’s sharply counter-cultural. But it is the kind of church God is calling us to be”

That’s the kind of church the 15th Assembly had in mind when it decided to approve same-sex marriage.