Home > Scoop > What does it mean to heal country? 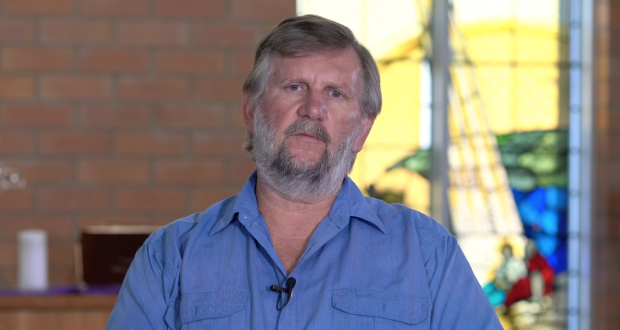 What does it mean to heal country?

For Indigenous people this week is filled with celebration as well as deep reflection, writes Rev Garry Hardingham, Presbytery Minister for the Carpentaria Presbytery.

It’s a week of celebrating Indigenous culture and the values that bind Indigenous people right across this nation together.

But, it is also often a time to reflect on how a culture that stood for 60 000 years has been placed under immense pressure over the past 230 years. Having said this, the theme of NAIDOC 2021, “Heal Country”, speaks to hope, not dismay.

Heal Country reminds Indigenous people that country is central to identity. Country is not a thing; it is spoken of like a person and not just any person, but the person that binds family, lore, ceremony, tradition and language together.

To heal country is to heal all aspects of aboriginality and to find ways in which country becomes part of, not only Aboriginal culture, but Australia’s national heritage. Heal Country means finally resolving many of the outstanding injustices which impact on the lives of all people, including the very land on which we stand. It’s about the tangible things like bushfires, drought and coral bleaching. And it’s about the cultural things like language, family and story.

To heal country is to understand that all things are linked and that neither can heal without the other.

But how does the majority of Australians, those who are not of Aboriginal or Torres Strait Islander descent, find meaning in NAIDOC Week? Especially, how does non-Aboriginal Australia become involved without cultural appropriation or shameless tokenism?

On Monday this week I spoke to one of the elders of the Alpurrurulam people in the Northern Territory to ask this very question. His response was both interesting and encouraging. He started by asking me a theological question—“How do Christians understand country as people who grew out of the Jewish nation?” My first response was to speak of Christianity as arising from the Jewish religion and that Judaism also has country central to its self-understanding which underpins their relationship to God and the Jewish nation.

Uncle Dave said, “No … You don’t get it.” Mmmm. I was sure my first theological volley must have had some relevance.

He then paraphrased Leviticus 19:34 which says, “The stranger who resides with you shall be to you as the native among you, and you shall love him as yourself, for you were aliens in the land of Egypt; I am the Lord your God.” He then went on: “Aboriginal people came here thousands of years ago and now belong to this land as the Jews belonged to their land. And those who have come from other nations are also welcome to our land. Our hope is to welcome all people as God has commanded. But for those we welcome we ask for respect and honouring of our land and the people who God had entrusted to this land.”

Heal Country is more than just a cry for justice from Aboriginal people during this NAIDOC Week. It is a call for all Australians to seek reconciliation, mutual trust and love, and to accept that we all have a part to play in healing the land and its people. Not just in token gestures, but in the hard work of finding a shared pathway together. It’s about conservation and ecology and respectful conversations. It’s about celebrating Aboriginal culture without disingenuous cultural adoption and giving respect to those who had no choice but to welcome the stranger and now hold out hands of reconciliation.

May “Heal Country” be our prayer this week and into the future as we, as a presbytery, continue to seek truth, justice and mutual respect for those whom there is no other country but this country and those who now call this country home.

This reflection was originally published in the Carpentaria Presbytery Link newsletter and has been republished with permission.