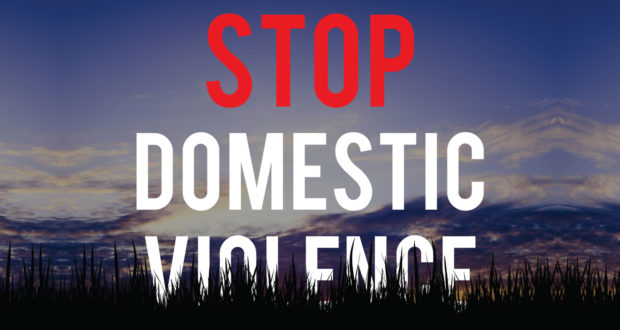 May is Domestic and Family Violence Prevention Month

The Queensland Synod has identified this month as important for congregations and individuals to learn more about domestic and family violence and to create safe communities where all can flourish. Take up the Queensland Government’s Not Now, Not Ever challenge in your community or as an individual.

Free resources are available to help.

Here are some other interesting articles and resources to help you reflect and take action on this important topic.

For people struggling with their mental health, asking for help can be a really daunting task. Red Cross have teamed up with Lifeline, Beyond Blue and the Black Dog Institute to develop a new app that makes it easier to ask for help. People create a team of four trusted contacts who can be there for them and provide support during tough times. An excellent initiative that communities or congregations should consider.

The barbershop might be the last place you think of getting mental health support, but a group of Australian barbers hope to change that.

Might and Mane is a non-profit organisation which aims to train barbers in safe conversation around men’s mental health.

The UN has released a new report based on the systematic review of 15,000 scientific and government sources—the biggest ever review of the state of nature in the world. One million of the world’s species are now under threat of extinction, and we are mostly to blame.

The Climate Council compared the policies of the Liberal National Party, the Australian Labor Party and the Australian Greens as taken from each party’s website without commentary. Policies compared include emissions reduction target, net zero emissions, renewable energy, coal, gas, energy efficiency, clean energy exports industry, agriculture and land management, transport, industry, and just transition for workers. This is a helpful publication when considering your vote.

Is hydrogen power part of our future?

The World Economic Forum proposes that on board hydrogen storage can provide efficient storage for renewable energy and would work in complement with battery storage in the future.

Increasing numbers of community-based people seeking asylum have had their meagre government support ceased and are now expected to support themselves, but many are not “job ready”. While the majority of people are living in Sydney and Melbourne, Brisbane is also seeing a huge increase in the numbers of people facing destitution and homelessness approaching local charities. Many are vulnerable and experiencing significant health and mental health issues. Some are families with children. The National Assembly has been clear about how people seeking asylum should be supported.

If you or your church can possibly help out with this extraordinary situation, please support Indooroopilly Uniting Church with supermarket gift cards (Send to Synod office c/- Sue Hutchinson) or the Romero Centre (see their list of urgently required items).

SBS focuses on the desperate cycle for those in “indefinite” detention in Australia. These are complex issues, but this website gives a fair and clear summary of the issues involved. A must-read.

This article explores one man’s experience when placed on the federal government’s Mutual Obligation program—aka “work for the dole”. The demands placed on him as an underemployed person receiving partial Newstart payment are mind-boggling. Read more here.

Jobs and a second chance

A recycling centre in the Indigenous community of Cherbourg is giving people on parole jobs and the chance to learn skills such as driving frontend loaders and forklifts. Cherbourg has a history of high unemployment and is the most disadvantaged local government area in Australia. The program is set to expand this year to nearly triple its capacity. What an important partnership!

Many Queenslanders die before their palliative care packages are approved. Specialist palliative care doctors have reported to the state government inquiry into aged care, end-of-life and palliative care and voluntary assisted dying, that people are struggling to negotiate the complexities of arranging care. Sometimes it is not available, particularly in regional and remote communities.

Election spotlight: the future of the NDIS

ABC’s Life Matters explores: When the National Disability Insurance Scheme was introduced in 2013 it was greeted by disability groups as a welcome revolution in the way individuals could manage their lives.

But while the scheme has no doubt helped thousands of Australians since its inception, serious concerns remain about its inner workings as well as its long-term protection.

So with election day looming, what do both major parties need to do to fix the NDIS so it can operate at its optimum capacity and ensure the future viability of the scheme? Listen here.

Do you support the humane treatment of refugees? This nation-wide campaign (Refugee Council of Australia) is sending a message to all politicians that we want policies for people seeking asylum that are humane, not cruel. Sign the pledge today to show your support!

Check out where the parties stand.

There’s so much happening in the climate movement it can be hard to keep up. Get highlights from campaigns everywhere that are working for a #FossilFree world, delivered twice a month. From 350 Australia.

Vote Compass: know where you stand
Be informed and find out how your views compare to Australia’s major political parties. Simply answer a few questions via Vote Compass, the online survey tool exclusive to the ABC.