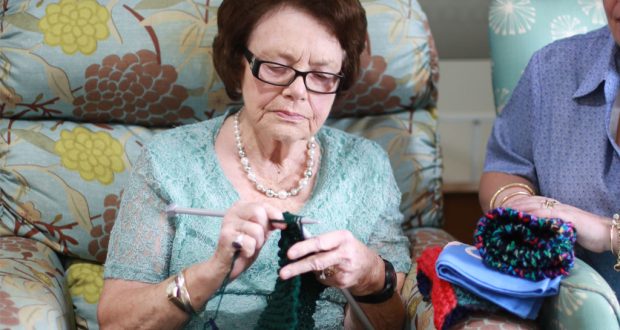 Stronger ties with the middle kingdom

Dianne Jensen reports on how a partnership between the Christian church in China and the Uniting Church in Australia is flourishing at the grassroots level.

An aged-care facility in a regional town in Shandong province in China seems a world away from the Wesley Mission Brisbane (WMB) Jacobs Court Aged Care Community in Sinnamon Park, Brisbane.

But thanks to a historic partnership between the China Christian Council (CCC) and the Uniting Church which began in 2013, cross-cultural exchange is delivering tangible benefits to staff and residents alike.

WMB director of residential aged care Annie Gibney first connected with the facility in Shandong while on a delegation last year. Once back home, she enlisted the support of staff member Jean, a Registered Nurse (RN) and Mandarin speaker, to create a link with a local aged-care community.

“We set up a WeChat live video connection and began talking with the manager Mrs Li and her staff once a month, with our conversations translated by Jean. We discovered that the Chinese staff are doing their best to care for the elderly residents as well as a number of orphans without any formal training, so we share information such as tips for working with people with dementia and advice on wound management.”

The real-time connection has provided an opportunity for residents at Jacobs Court to get involved.

“Our ladies decided to knit some items for the elders and others made cards with messages that were translated into Mandarin,” says Janet.

“Later we saw pictures of people wearing what the ladies had made. They are now knitting for the orphans there and some ladies are making teddy bears for the babies at another orphanage. It’s a wonderful connection where they are actually doing something that makes a difference for somebody else.”

Janet was one of the WMB team who returned from China in May after presenting clinical training at a three-day conference for caretakers and managers from 22 provinces and visiting aged-care facilities. The team included clinical care dementia specialist Julie Latham, CEO Geoff Batkin and RNs Wendy and Jean (both Mandarin speakers).

Julie Latham says that the Jacobs Court model generated a lot of interest.

“Our staff member Wendy is now in the process of developing a similar relationship with another facility. We would like to develop more of these wonderful partnerships where we can work together. In a lot of ways we learn as much from them as they learn from us.”