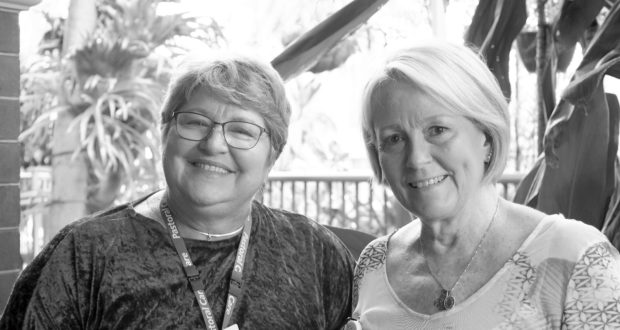 Now that the subject of euthanasia is back on the national agenda, Dianne Jensen looks at Christian perspectives on this challenging issue.

We all hope for a good death. A peaceful passing surrounded by and reconciled with those we love.

And in this era of personalised medicine, it seems right that we should be able to avoid the suffering and indignities of disease and infirmity. We want to choose how and when we die.

Over the past 20 years more than 30 bills to allow euthanasia/assisted dying have been introduced into state and territory parliaments. Between July 1996 and March 1997, four people died in the Northern Territory through the provisions of the Rights of the Terminally Ill Act before the legislation was overturned by federal law.

Commencing mid–2019, Victorians of sound mind over 18 years with a terminal illness will be able to obtain a lethal drug within 10 days. They must be suffering in a way that “cannot be relieved in a manner the person deems tolerable”, with a life expectancy of six months or 12 months for conditions such as motor neurone disease and multiple sclerosis.

Here in Queensland, the issue is back on the table following a motion passed last year by the Labor Party committing to legalising voluntary assisted dying.

What’s in a name?

Conversations from the heart

The spectrum of Christian viewpoints reflects the deeply confronting implications of the state-sanctioned taking of life. All draw on the same core values of our faith—love, mercy, compassion and reconciliation.

Advocates use the terminology of “assisted dying” and “dying with dignity”. They cite God’s compassion for the suffering, pointing out that God endows us to make responsible decisions. They highlight the passive and active voluntary euthanasia already taking place, and the challenges of effective palliative care.

Those opposed use the terminology of “euthanasia” and “suicide”. They point to the sacredness of life, the reconciling journey of a good death properly managed, and the protection of the vulnerable (the slippery slope).

For church bodies, legalising euthanasia has practical implications, as noted in the consultation paper Voluntary Assisted Dying/Suicide (September 2017) released by Synod of Victoria and Tasmania in response to the Inquiry into End of Life Choices undertaken by the Legal and Social Issues Committee of the Victorian Legislative Council.

The paper noted that the Synod would be forced to make decisions about how church agencies would respond; for example, would the Synod allow people to end their lives within its facilities?

Crossing the line in the sand

The Inquiry into End of Life Choices makes the important distinction between palliative sedation and an intentional lethal act, pointing out that the right to refuse medical treatment and the prohibition against medical trespass are well-established in common law.

“Withholding and withdrawing futile medical treatment, providing adequate pain relief, even if this may have the unintended consequence of ending a patient’s life, and continuous palliative sedation are regularly employed, lawful medical practices. They are not assisted dying.”

It found that some medical practitioners are already crossing the legal line.

“A 2008 survey … found that seven per cent of physicians in Australia reported administering, prescribing or supplying drugs with the explicit intention of hastening the end of life on the explicit request of a patient.”

Without a legal framework in place, the report warned that “there may be no accounting for its voluntariness or the capacity of the person making the request. Together with coercion of doctors, this risks exposing vulnerable people to ‘non consensual’ assisted dying.”

What’s happening elsewhere (and is it working)?

Daniel Mulino, Member for Easter Victoria Region, pointed to the sustained and long-term growth of state–sanctioned deaths in these jurisdictions in his Inquiry into End of Life Choices minority report.

“To put the current number of deaths in context, in the Dutch speaking part of Flanders, physician–assisted deaths constituted 3.8 per cent of deaths in 2007 and 6.3 per cent of deaths (or 1 in 16) in 2013 … There is considerable evidence that this rapid and sustained rise in numbers is attributable in part to a growth in the scope of the practice, to a normalisation of the practices and to a failure of safeguards.”

Many of those same safeguards are factored into the proposed Victorian framework, he added.

“For example, if one accepts that euthanasia or assisted suicide can be ethical in some situations, that raises subsequent questions such as whether it should be available only for people with a terminal condition or also for those suffering from a condition that is ‘unbearable’, albeit not terminal.”

The problem of pain

For many advocates there is a strong correlation with personal experience. Anyone who has endured excruciating pain or watched a loved one suffer understands the desperate quest for oblivion.

“It was the most dreadful thing I’ve ever seen, it broke my heart the way she slowly went downhill … she got to the stage where she had to be lifted everywhere and she couldn’t do anything for herself,” says Elaine.

“She had said to me a couple of times, ‘I just want to close my eyes and not open them’.”

In Elaine’s experience, which includes nursing her mother through a difficult death, the issue of pain management looms large. While she agrees that the quality and accessibility of palliative care is a key issue, she is convinced that euthanasia should be a choice.

“I’ve given it a lot of thought and I think God would not want this to happen to his people. He would not want us not to receive some help … I don’t believe for one minute that this is the wrong attitude.”

Uniting Church minister Rev Gordon Bannon (Presbytery Minister, Pastoral Care for the Loddon Mallee Presbytery) grounds his argument in Jesus’ commands to love God and to love our neighbour as ourselves.

“If we are to live a compassionate life, I believe that can mean not standing in the way of someone finding a way of ending their own life if they are in unbearable pain,” he writes in the Voluntary Assisted Dying/Suicide consultation paper. “I find myself asking, what does the parable of the Good Samaritan mean in this context … As the parable implies, not to act, is still to act.”

Rev Heather Allison is responsible for the spiritual care of palliative care patients at the Wesley Hospital in Brisbane. She says that for many people, fear drives their initial response to a terminal diagnosis.

“Sometimes people are projecting their fears forward about an unknown situation and their sense of control, and trying to wrap up some of those concerns in a way that makes them feel safer … often they are afraid of being in pain and suffering, and hopefully we can reassure them that the doctors are skilled at pain relief and that for the vast majority of people death is peaceful.”

Patients who express the wish to “get it over quickly” often turn a corner once symptoms are under control, she adds.

“Sometimes dangling the quick fix might mean that they would miss out on the possibility of having some better quality time. And the thing is, the science of dying is inexact and we are not used to waiting.”

“All we know is they are saying, ‘I want this to end’. Are they saying that they want their life to end or are they saying ‘I want this agony, this distress, this grief to end’? So we address that rather than assuming that it means ‘my life needs to end’.”

“If we are to act on that initial request are we then robbing them of time to do what our director of palliative care services calls ‘the work of dying’? The work of dying is a very productive period in time if the symptoms are controlled.

“Years ago I supported a young mum who was dying and had a daughter aged about 10. She originally had wanted her life to end; weeks later she had managed to write letters to her daughter proactively—finishing high school, graduating, wedding day, first child—and her daughter now has all those conversations with her mum.”

Julie raises a pastoral topic which is rarely discussed in the debate: the psychological impact on medical practitioners.

“I believe there is a significant pastoral concern as we are currently observing and responding to the considerable burnout of palliative care specialists when they need to manage medications that may inadvertently hasten death. I expect that would be even more extreme if they were required to intentionally end a life over an extended period of time.”

Both women highlight the important role of chaplaincy in supporting patients and families.

“Heather and I have been with hundreds of people who have died. If their loved ones are with them, that extraordinary sacred experience stays with them forever. The birth of a human being and the departure of a human being is the exact quality of experience—it’s a moment that we should never take for granted.”

Synod Research and Policy Officer Sue Hutchinson is coordinating a position paper for the Queensland Synod for approval by Synod Standing Committee in 2018. A consultation paper will be distributed to presbyteries, congregations, agencies and interested individuals in April for discussion and feedback. 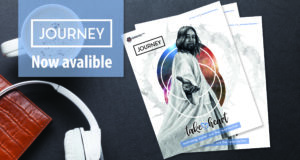