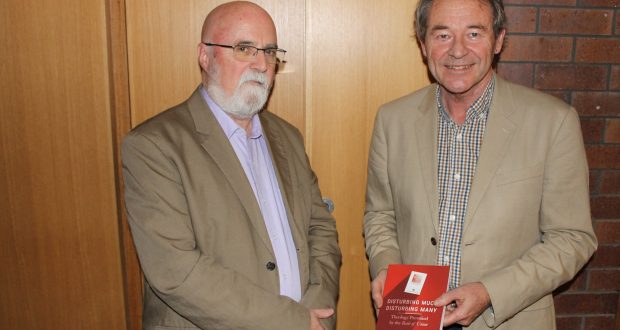 Disturbing Much, Disturbing Many: Theology provoked by the Basis of Union by Rev Dr Geoff Thompson was launched by the former principal and academic dean of Trinity Theological College Rev Dr David Mackay-Rankin, at the Indooroopilly Uniting Church on 9 June.

The book is dedicated to the staff, faculty, librarians and students of the college between 2001 and 2012.

In launching the book, Rev Dr Mackay-Rankin paid tribute to his former colleague, describing Rev Dr Thompson as someone who “speaks not out of faction or party terms, but out of his unprejudiced reading of the text”.

He described the book as, “one that uses the Basis of Union as a springboard to address issues for our church today and that each person who reads it will find portions that will be returned to again and again.”

Rev Dr Thompson, in responding to the comments of his friend and former colleague said writing the book reminded him that “the fundamental story of the Basis of Union directs us to a very fruitful story both culturally and intellectually.”

Despite being based in Melbourne, Rev Dr Thompson said there were substantial reasons for launching his book in Brisbane, not the least of which was that the whole of the Queensland Synod enriched his life and that it was here he learnt to be a teaching theologian.

Disturbing Much, Disturbing Many: Theology provoked by the Basis of Union is published by Uniting Academic Press. 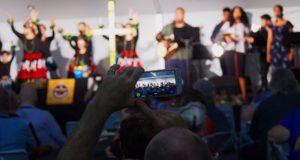