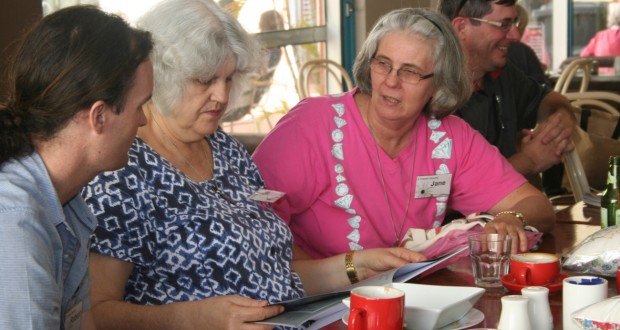 Breaking the silence about mental health

Mental health is not the absence of illness, but a way of living. Dianne Jensen reports.

“One of the big things I’ve learnt from my son’s illness is not to be judgemental. You never know what people are going through.”—Lyndal Hutton.

Anxiety disorders affect around 14 per cent of the adult population, and depression affects a further six per cent. Others experience substance abuse disorders, psychotic illnesses such as schizophrenia, personality disorders and other mental health conditions.

Mental illness is an endemic issue which is no respecter of age or station, and the associated stigma and discrimination can prevent many from sharing their pain and from getting help. Even when treatment is forthcoming and effective, which is the case for the majority of disorders, isolation and discrimination are tangible barriers to picking up the threads of broken lives.

We seem to know a lot about treating illness, but less about creating inclusive communities which foster wellbeing. But there are signs that a slow revolution is taking place in grassroots groups across Queensland, moving beyond clinical perspectives to an understanding that recovery is not about “getting rid” of problems. It is about seeing people beyond their struggles: their abilities, possibilities, interests and dreams. 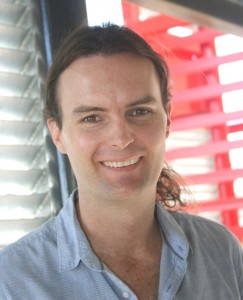 A Nouwen Network is a non-denominational group established four years ago. Coffee shop gatherings are held regularly within the Brisbane region and the website provides resources and monthly updates for individuals and churches.

Facilitator Jane Frazer Cosgrove says that the meetings provide a place where Christians can breach the silence around mental health that exists in many church communities.

Mental illness strips so much away, she adds, and those who are seriously or repeatedly ill incur many losses which frequently include their sense of self-worth and hope.

“Like other illnesses and traumas, it interrupts the story that a person thinks they are living. They find themselves within the chaos of a new, frightening, and disorientating story. They, and those around them, can then focus so much on the story of the illness that it takes real effort to reclaim a story that feels inclusive of the whole person,” says Ms Frazer Cosgrove.

Moggill Uniting Church members Lyndal Hutton and her son Robert, who lives with a mental illness, are part of A Nouwen Network.

Ms Hutton says that educating people about the issues is key to combatting judgemental attitudes.

“I think people are afraid of mental illness because they don’t know how to approach it and they don’t know what to say … Be willing to listen to people and to try to understand, and realise that while you can’t solve their problems you can be a friend.”

Group 61, a Christian-based support group operating from the Sunshine Coast to the Gold Coast and as far west as Ipswich, has a simple but powerful purpose: to encourage friendship. Volunteer support people are matched with individuals with mental health issues, and the two commit to a morning or afternoon outing every week, and to monthly group barbecues.

“I often wonder if there may be an exaggerated expectation among the general public about the role of medication which, though sometimes necessary, does nothing by itself for personal growth and coping skills—or building community—or improving ambient circumstances,” says Ms Hunter. “Friendship and caring, sometimes overlooked, can provide a powerful tool to aid recovery.”

Ms Frazer Cosgrove is passionate about the need for congregations to work intentionally to overcome the barriers to acceptance and participation which exist with their own communities.

She adds that people suffer injustice and exclusion often and on many levels.

“What pulls most at my heart is the fact that on top of all this they are either excluded from, or ‘fall through the cracks’ of ministry provision. People need to know that they are not alone.”

Mental Health Week will run from 7 – 13 October with the theme: Working toward wellbeing.

Resources for World Mental Health Day on 10 October are available at nouwennetwork1234.wordpress.com