Home > Features > Outside the comfort zone with Val Webb 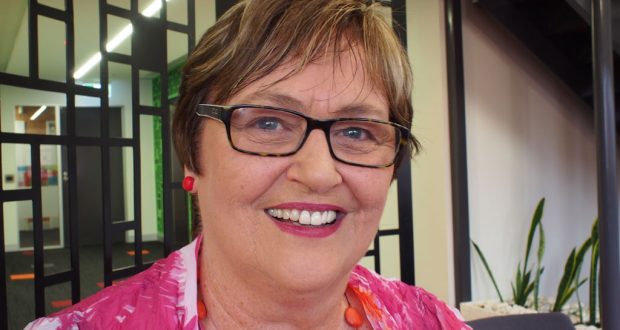 Dianne Jensen talks to Val Webb about keeping the faith in a challenging world.

If Uniting Church theologian Dr Val Webb has one message for Christians, it’s that asking questions is good for your faith.

“There are so many people who think there’s only one way to think theologically, and if they can’t stomach that particular doctrinal package they have to either leave or just accept it and put their questions to one side,” says Val, who has taught religious studies at universities and colleges in the United States and Australia.

“When I talk about these things you can see the lights coming on in lay people. So many people become trapped in having to believe what their pastor or church tells them without knowing that there are other liberating ways to think.”

Val’s eleven books include In Defense of Doubt: An Invitation to Adventure and Like Catching Water in a Net; Human attempts to describe the Divine which won the religion category of the 2007 Best Books USA awards. Her most recent book Testing Tradition and Liberating Theology: finding your own voice traces the development of theology across the centuries.

The times were a changin’

Val’s 1960s upbringing in Brisbane followed a familiar track for many of her generation.

“I grew up in the church, in a fairly conservative, evangelical, Billy Graham atmosphere with parents involved in the Evangelical Union,” she says. “My life was the church really. I remember doubting a lot of stuff when I was only 13 or 14 … It was more than just doctrine—it was your whole family and all your friends so it was difficult to break away from that.”

Once she got to university, Val discovered that the social and political turbulence of the 60s was also impacting Christians. Just as in the secular world, students and teachers were challenging institutions which demanded blind adherence to a set of beliefs.

In church circles, Bishop John Robinson’s book Honest to God introduced the laity to radical ideas about God from the German theologians. For Paul Tillich, God was not “up there” or “out there” but the Ground of Being itself; Rudolf Bultmann demythologised the Gospel stories; and Dietrich Bonhoeffer called for a “religionless” Christianity.

That does not compute

For science students like Val, the “God of the gaps” theory could no longer paper over the schism between their expanding knowledge and their faith.

Whether churches liked it or not, the next evolution in theological method was underway, one driven by ordinary people reading the Bible through their own life experiences. The idea that one theological system (a systematic theology) could fit all circumstances was developing into contextual theology.

As Val explained in her presentation at Merthyr Uniting Church in Brisbane in March this year, “Contextual theology … is more than just acknowledging the influence of your context on your theological ideas—it starts with the context and gives priority to that context before any theologising. It describes what is going on in the world and analyses this, especially experiences of oppression, then critiques traditional theology in light of this as to whether it answers the problem. It then goes back to scripture to see what might actually be liberating in the situation, rather than imposing traditional arguments.”

Feminist, black and other liberation theologies emerged, challenging traditional power structures and claiming God’s promise to liberate the poor and the oppressed in this life. As people re-examined biblical texts and how they were interpreted, there were more questions from an increasingly well-educated laity.

For Val and her husband Maurice, professional and family life intervened and theological questions were put on the back-burner. Maurice was a surgeon at the Mayo Clinic in Rochester, Minnesota and Val later held leadership positions in the Queensland Synod in the 1980s and at the Wesley Hospital in Brisbane.

The turning point came when Val decided to study religion at the University of Queensland during the 1980s.

“I determined at that point that I needed to address these questions, even if it meant walking away from the church,” she says. “I wondered, why is doubt the cutting edge in science but when it comes to religion you can’t question anything?”

Val began writing In Defence of Doubt: An Invitation to Adventure. The first edition was published in 1995 and revised in 2012.

“It was one of the first books that didn’t ask you to solve the problem of doubt but said instead that it was okay. In fact, it talked about doubt being a catalyst in learning and a gift, the discrepancy between what we are asked to believe and what we intuit in ourselves, as opposed to talking about doubt as the opposite of faith and belief,” says Val.

“I was swamped with responses, because people were waiting for something that gave them permission to doubt.”

Her work has been dismissed by some as “progressive” or even unchristian.

“To me that’s a reaction of fear, because I was there once myself,” says Val. “We’re afraid. We’ve been taught that we’ve got to do this, believe this and this if we want to go to heaven. But are there minimum requirements for being a Christian, and who decides?

Val completed a PhD in Theology (1996) from Luther Seminary, Minnesota, USA exploring the role of ordination in the Uniting Church in Australia, and went on to an academic career.

“Are the students being formed around one or two theological positions, or are they being offered a spectrum of theology so that they can fit themselves in, or at least see that something that’s transforming for them may not be transforming for someone else?” asks Val.

“I think there are a lot of people out there who haven’t made the move from the security of fundamentalism or church doctrines that trouble them because they don’t know where to move—there’s no one to take them. It’s easier to stay, to get on with social justice or whatever else is going on and enjoy the community but don’t mess with the thinking.

“Some church people say that what you do is more important than what you believe but I can’t buy that, because what you believe is going to influence what you do. If you don’t actually deconstruct any of the theology that really has been quite harmful to people, you don’t open them into theological options that might be more liberating.”

Returning theology to the provenance of all Christians provides them with the tools to navigate the contemporary world, says Val.

“I encourage people to go back to Wesley’s four-fold test: scripture, tradition, reason and experience. We need literate lay people who understand how things have changed through the centuries and will not be bound to believe and repeat the old stories described in the language and worldviews of medieval England, ancient European monasteries or the imperial courts of fourth century Rome. A liberating faith should open our hearts to the changing landscapes of our lives, using tradition as a guide but not an iron-grill.”

Dr Val Webb is a keynote speaker at Common Dreams 4 Conference in Brisbane from September 16–19.
commondreams.org.au 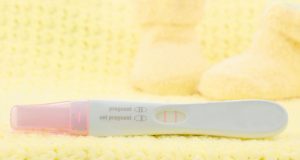 Reflections on the unborn